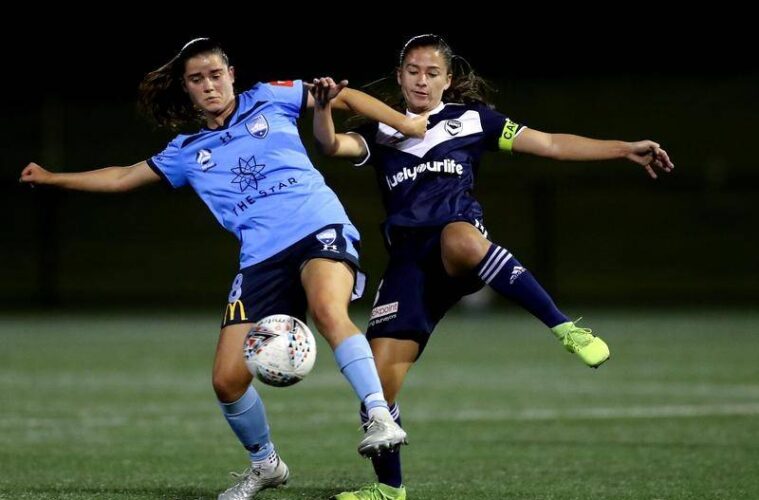 Stephanie Brantz believes Melbourne Victory would be completing the ‘biggest heist of the season’ if they were to deny Sydney FC a record-equalling fourth W-League Championship in today’s Grand Final.

From being no certainty to play finals a month ago to almost pinching the Premiers Plate, it’s been a remarkable ride home from Jeff Hopkins side, punctuated with a 6-2 hammering of Brisbane Roar in the semi-final.

Despite this, Brantz still expects Ante Juric’s Sydney to salute at Kogorah.

“I don’t think that final match of the regular season where we saw Sydney beat Melbourne Victory to lift the Premier’s Plate was indicative of what these two sides have to offer. I think we’ll see two sides much fresher”, Brantz told Box2Box.

“If Melbourne can do this is it will be the biggest heist of the season coming from fifth spot 5-6 weeks ago. I think they’re a well organised outfit. But with the home ground advantage I think the Sydney team is settled, they’ve had to travel less, so I think it might be another Sky Blue season.”

With both sides matching up evenly across the park the result could be swayed by which side’s youngsters can have an impact, which has been a leitmotif of the season following the league-wide experience exodus prior to it.

“Kyra Cooney-Cross and Melina Ayres have come into form [for Melbourne]. Clare Wheeler, she didn’t score in 71 games and she’s absolutely on for Sydney FC now.”

“It really has given us a little bit of hope that there is a future for the Matildas after this, as James Johnson called them, ‘platinum generation’, once they’ve headed off into the sunset of their football careers, that there’s a really healthy crop of youngsters coming up behind them.”

Off the field, Brantz is hoping her one reservation of the season can be rectified on Sunday, and that a bumper crowd will pack in.

“I’ve personally been quite disappointed with the number of bums on seats for the semi-finals, and I think the final really deserves [better] this season.

“The players in what have been tricky conditions, with Covid and the exodus of those experienced players, they’ve put on a hell of a show this season and they deserve the support.”