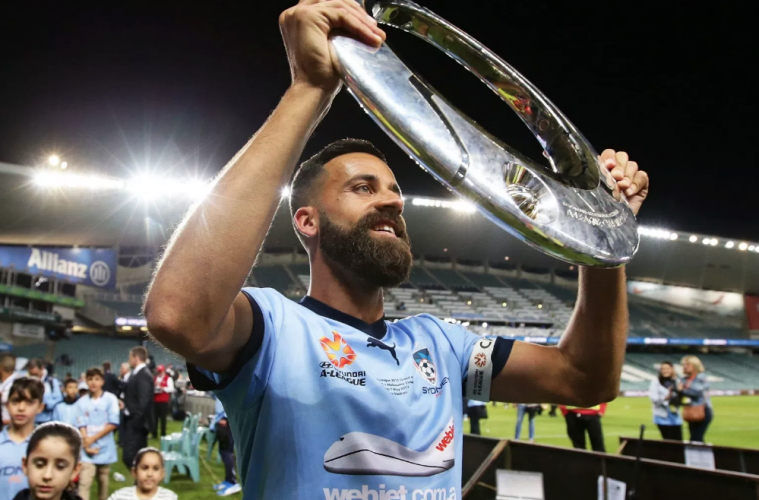 The A-League will farewell a host of retiring veterans at seasons end, with Alex Brosque set to finish as Sydney FC’s most decorated player.

Having won two Championships, three Premierships and an FFA Cup, Brosque also leads the Sky Blues goals and appearances columns, with 66 from 241.

Having started at Boyhood club Marconi in the NSL before a stint in Belgium, Brosque announced himself as a star of the A-League’s formative years, first with Queensland Roar and later Sydney.

“When the A-league started, it was an excuse for me to come back home. Ever since then I’ve loved every moment, so I don’t regret coming back from Europe”, he told Box2Box in a candid interview.

“For me going to Europe at that moment, I just wasn’t ready. I didn’t have what it took mentally to push through the injuries, the coach playing me out of position”.

A stint with Shimizu S-Pulse later followed, during which time he became a regular Socceroo, winning 21 caps for 5 goals in total.

Brosque’s final years cemented his position as an A-League legend, captaining the Sky Blue’s most successful era under Graham Arnold.

“Winning the Championship two years ago with Sydney was a real highlight. As you get older, you wonder how much you have left and what you’ll actually achieve… so to achieve what we did as a club and squad, and the way we did it, that 16/17 team Grand Final year really sticks out”.