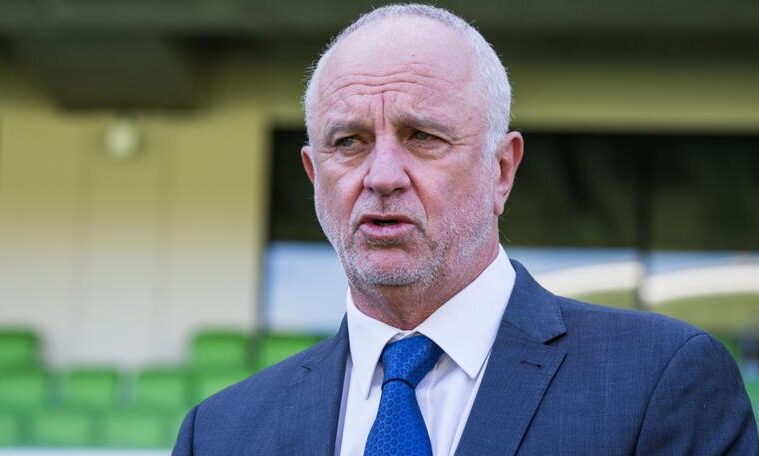 Socceroos manager Graham Arnold has been forced to dig deep into his bag of reinforcements for what are the side’s biggest assignments since the 2019 Asian Cup, with automatic World Cup qualification on the line against Japan in Sydney on Thursday, and Saudi Arabia in Jeddah five days later.

The dearth of available striking options has seen a maiden call-up for naturalised Australian Bruno Fornaroli aged 34, while key contributors Jackson Irvine and Craig Goodwin were on Sunday forced out of the reckoning by Covid-19, replaced by Kenny Dougall and the uncapped Ben Folami.

Arnold himself has unfortunately tested positive to Covid for the second successive international window, and whether he is on the touchline for the Japan clash at Stadium Australia, scene of many famous against-the-odds Socceroos performances, remains to be seen.

‘These are vital games and it’s on a knife’s edge, as it was in 2005. We’ve had one or two of these scenarios down the years that we’ve probably forgotten about, but I think because we’re playing against the top two in the group, these matches almost feel like cup knockouts’, Simon Hill told Box2Box.

‘If we lose against Japan, essentially automatic qualification is over. So it’s exciting, but nerve wracking at the same time, and it’s compounded by the fact most of us are a bit concerned about where Australia are as a team, and whether we have the capabilities within the squad to go out and win both games.’

Arnold’s reputation as an international manager is on the line over the next week. Twice he’s overseen disappointing Asian Cup campaigns, and twice he’s failed to lead the Olyroos out of the group stage of the Olympics.

Winning a world-record eleven consecutive games in a qualifying campaign banked him a subjective amount of credits, and it could be argued that given this side have let five points slip across this third phase of AFC qualifying he has guided them to a position strong enough to qualify, only to not capitalise.

The counter-argument is that the side lack to grit to seal the deal, as seen in draws from winning positions against China and Oman, and that Arnold’s publicly-paternal treatment of the group hasn’t cultivated a cut-throat mentality in the dressing room.

‘You look at his record in the loss column (one loss from fifteen, this qualifying cycle) and it’s pretty meagre, so maybe in that regard Arnie’s been judged a bit harshly at the moment. But Socceroos coaches are always judged on World Cup qualifying – Ange Postecoglou went through the same thing four years ago – and that’s why the national team resonates with so many people.

‘Maybe we got lulled into a false sense of security. I know a lot was made of: ‘Oh, we’ve won eleven straight’, but with the greatest of respect you look at the opposition we were up against in that first phase of qualifying and they weren’t of the highest quality.

‘This was always going to be the acid test. The concern is they’re not protecting leads… I tend to subscribe to the fact there’s a little bit of a problem defensively, and that’s not to say it’s the goalkeeper and the back four, but there’s also the protective element from midfield as well.’

The inability to replace Mile Jedinak and Mark Milligan is stark, Arnold having shuffled a range of square pegs – Jackson Irvine, Aaron Mooy, Jimmy Jeggo, Dougall – into the round hole of defensive midfield since the latter’s retirement.

‘Personally I’d love to see Cammy Devlin get a go. I know he’s injured for this window, but maybe it’s time to look at one or two others because the players that have played there, not to say they’re bad players, but I’m not sure they’re quite suited to that role.’

Should the Socceroos fail to win both matches to qualify automatically, the lifeline of the intercontinental playoffs will remain. Whether Arnold is given that opportunity depends on the next two games.