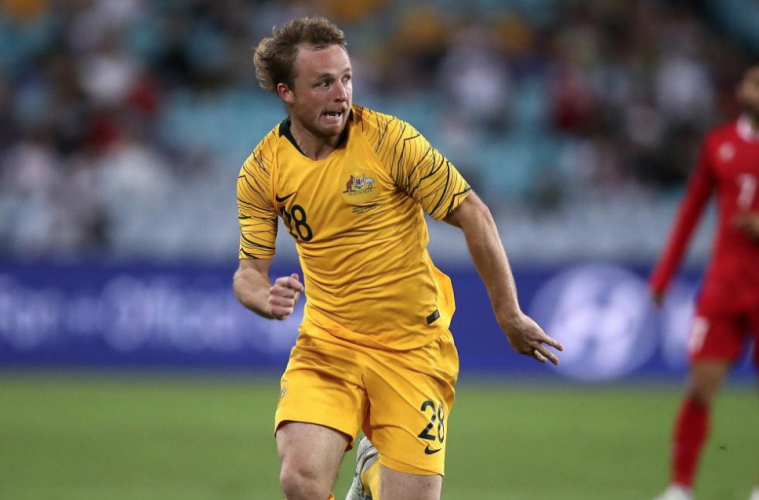 On the face of it, everything is coming up rosy in the career of Rhyan Grant.

He’s flying for the Sydney FC, who are second on the A-League table, and during
the week he impressed on Socceroos debut, with the Asian Cup just around the
corner.

So it’s easy to forget the boy from Canowindra has overcome two knee-
reconstructions, and has cut his teeth with a long A-League apprenticeship.

“I was only recently back from a pretty serious knee injury, so to get the named
in the (Socceroos) squad firstly was pretty freakish, and to actually make my
debut was something special”, Grant told Box2Box.

Still aged just 27, Grant has packed a career’s worth of ups and downs into his
decade in Sydney. With injury firmly behind him, he’s confident his best years
are still to come.

“I’ve been around a long time at Sydney, I think this is my 10 th season. I’m part of
the furniture. To play for my country at the mature age of 27, is something I’m
proud of”.

The next chapter of their enthralling rivalry with Melbourne Victory is set to take
place this Sunday, and Grant would love nothing more than to take the points
over the side who knocked them out of last seasons finals.

“They’re one of our biggest rivals. We love a good tussle with them; I’m guessing
the weekend will be no different”, Grant said.

“I wouldn’t say revenge (for last year), but you definitely have that bitter taste in
your mouth, you want to get one over them”.