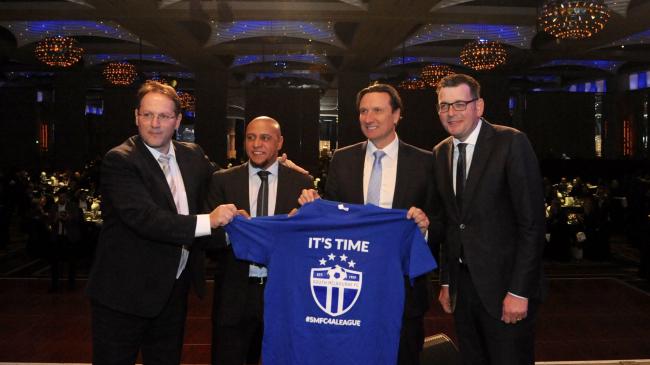 South Melbourne FC director Bill Papastergiadis talks to the team about the club’s recent visit of Brazilian legend and potential gaffer Roberto Carlos and his A-League ambitions. Refuting suggestions that the Brazilian’s visit had been nothing more than a publicity stunt, Papastergiais kicked off the interview keen to emphasize the mutual interest. “No, not at all – it would have been a very expensive publicity stunt, if that had of been it’s purpose. We’re certainly not interested in that. I think South Melbourne, all the way along, has shown that whatever bold statements it makes it wants to back up.

“We have been in discussions with Roberto Carlos now for some months, even talking to him in Spain and in Madrid. It’s a dialogue that has been going on for four months now and he was as keen as we were to come down to Melbourne. There’s genuine interest from both sides.” LISTEN NOW.