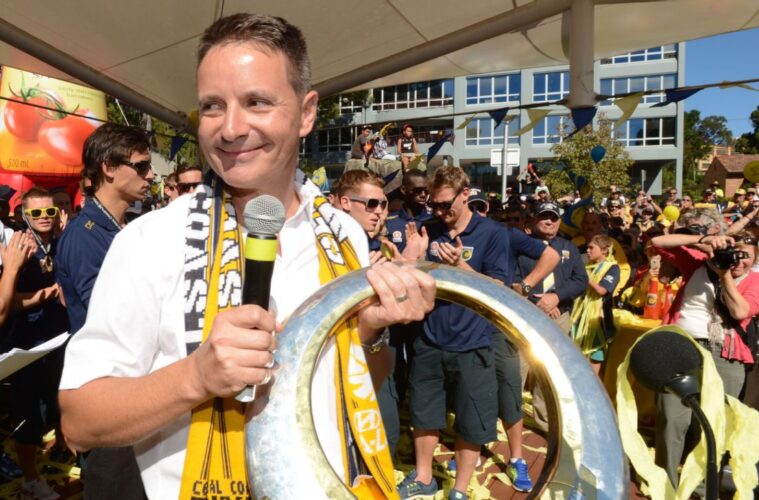 The Central Coast Mariners have failed to leave a mark on the A-League finals for the second season running, but the club’s outlook continues to brighten with the news Richard Piel will become their new Chairman.

Piel has already commenced as a Director and pending ratification by Football Australia and the APL, will be elevated to the position of Chair. That move will bring the resignation of long-time owner Mike Charlesworth, whose reign saw a maiden A-League Championship in 2012/13 but was later beset by frugal spending and the nagging threat of relocation.

While Piel’s appointment won’t necessarily see the proverbial rivers of gold start to wash up on Terrigal beach, Haakon Barry of The Central Coast News explained it will ensure the club’s future in Gosford, and see increased focus on academy values.

‘Richard’s appointment won’t change the fact the Mariners have less money than the top teams in the A-League, so really it’s about putting those funds into the right areas. He’s shown his intention of putting resources into funding the coaching staff, as well as the players and sports science department.

‘He’s introduced himself as someone who’s more a fan than a financier, and I think that’s definitely the kind of character the Mariners [fanbase] can get behind. Ultimately he seems to have a focus on the academy, on building the Mariners as a club that begins at the junior level. Only time will tell if he’s able to do that, but the fans are eager and hopeful the results can come.’

Piel has built his wealth as a co-founder and director of Anytime Fitness, the 24-hour health and wellness company franchised into over 50 countries. His son, Toby, is a member of the Mariners’ under 20’s academy.

He takes over from Charlesworth, who’s post-Championship financial pragmatism looked to have run the club into the ground as they claimed four wooden spoons in the five seasons from 2015/16, before their considerable uplift in performance under Alen Stajcic and Nick Montgomery since 2020.

Charlesworth hasn’t shied away from his desire to pass the club into more capable hands, but reported dalliance with Manchester United, who considered moving the club to Northern Sydney, among other new suitors undermined fan trust that he had their best interests at heart.

‘The Mariners are really our testament to world sport, having our local team here playing on the professional scene. The community have wanted more of a face to their club, they haven’t really seen the enthusiasm from the top, and so really are just hoping for a different face out of Richard Piel who’s more engaged in the community and looking to get involved with the team’, said Barry.

Englishman Charlesworth will retain a foot in the door at the club he’s been the majority owner of for nearing a decade, as the owner and operator of the Mariners Centre of Excellence in Tuggerah.

“It has taken a long time to find the right investor for the Central Coast Mariners and I’m convinced Rich is the perfect fit. Rich has an excellent track record in the sports industry through his company, Anytime Fitness, and that experience will only help our club grow’, Charlesworth told the club’s media arm last week.

‘Richard’s energy is infectious and it’s great that football runs through his veins. The focus of the club for many years was unashamedly survival, but with a great team of people both on and off the pitch, I’m sure Richard can build on the growth we’ve seen these last couple of years.”