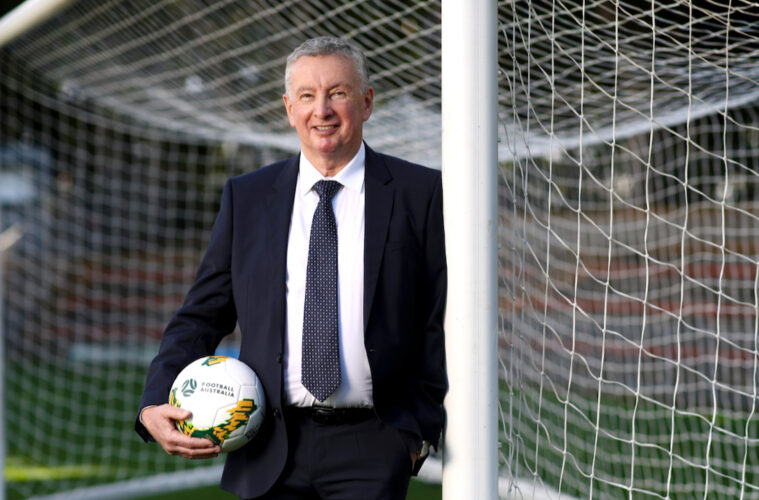 Two-time A-League Championship manager Ernie Merrick has been handed the keys to ‘disrupt’ the technical vision and direction of Australian football, appointed by the Federation to the newly-created role of Chief Football Officer.

Merrick has devoted his life’s work to Australian football since arriving in the country as a 22-year old to play for Frankston City in 1975, and while the naysayers are never far from another rendition of their standard diatribes, Merrick feels there is a great deal to be celebrated about the game’s present health.

‘It’s not like we’re not achieving things. Our Socceroos have qualified for the World Cup for the fifth time in succession, our Matildas have been ranked inside FIFA’s top 10 for a long time, although have just dropped to 12th, we’re co-hosting the Women’s World Cup next year. So there’s a lot of good things happening.

‘It’s just a case of making sure we don’t fall behind. You just need to look at Asia, and the number of programs and investment of money in Asian football programs now. When I coached in Hong Kong I saw the progress of Vietnam, Malaysia, Thailand, so there’s lots to do here.

Merrick pointed to the accelerated growth of Australian coaches at all levels, both within the local setup and abroad, as an indicator of the increasing maturity of the game. As of this week, all six national underage sides have an undivided manager in position for the first time since 2019, all of whom are Australian.

The final piece of this puzzle was the appointment of 1998/99 Johnny Warren medallist Brad Maloney as coach of the Joeys (boys U17’s). Maloney has spent eight years in the Malaysian national team system where he ascended to a senior men’s assistant position during World Cup qualifiers, among other roles.

‘It used to be that our Socceroos were coached by Guus Hiddink, or whoever [from abroad]. Now we’ve had two coaches, Angie Postecoglou and Graham Arnold who have both qualified us for the World Cup, and this is our fifth qualification consecutively. I don’t think there’s any intention, in the short-term anyway, to appoint another overseas manager to coach the Socceroos.

‘The Matildas are slightly different; maybe it was felt women haven’t been given a fair go in this country to develop their coaching skills, but that’s changing rapidly. Leah Blayney is coaching the Young Matildas (U20’s) and doing a terrific job. To me, it’s a level of maturity we’ve reached in this country that we’ve got our own people willing to learn and grow.

‘Some coaches are doing extremely well in other countries, so we’re exporting our talent, too. Kevin Muscat in Japan, Ange in Scotland, Joe Montemurro over at Juventus with their women’s side. We’re growing as a football nation, and [continued] coaching education is a critical part of what I’ll be about.’

Merrick’s first point of order will be to commence his review, with the much-debated concept of a national curriculum to be analysed against the global market. While he’s been provided autonomy over how he goes about the task , Merrick has a strong understanding of what Football Australia wants the results to be.

‘It is a fairly blank canvas, but there are very specific outcomes that are expected and both of them are embodied in the XI Principles document the Football Australia board put together. I’ll be focussing on the fifth and sixth principles, which are predominantly about producing world class environments for players and coaches.

‘I’ll be involved as an advisor for the proposed second division, referee development, and a whole range of other issues. I don’t know where I’m going to start, actually!’