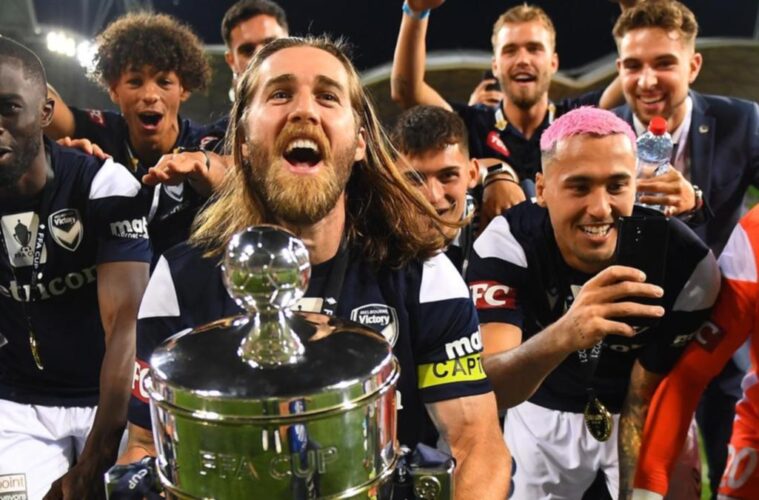 Melbourne Victory’s recovery from A-League embarrassment to FFA Cup Champions came in less than seven months under Tony Popovic, and places them one game away from backdoor Asian Champions League entry under the man synonymous with the competition in Australia.

The 2-1 Cup Final win over Central Coast came in front of 15,000 fans, packed mainly into the North End that has stood as a reflection of fan engagement with the club over the years. Although still a distance from the heaving crowds of their heyday, it was symbolic of the ground the club has made in rapid time.

‘I think Victory got the message from their fans pretty clearly. Last season there were less than 4,000 at Marvel Stadium for a game against Adelaide, it was pathetic. So they knew they had to do something, and fair play, they went and hired one of the most successful coaches in the local game’, The Age’s Michael Lynch told Box2Box.

‘They decided to create an integrated football structure by hiring one of the smartest, shrewdest people in the local game in John Didulica, who’d been disillusioned by football and had left.

‘You’ve got to pay tribute to the whole club, from the chairman down, for addressing what was a completely unacceptable situation. They decided to get it absolutely right, went for the clean slate, and the colouring book is well and truly coloured in.’

The lightning-fast nature of the club’s turnaround meant Saturday’s celebrations felt more like the dawn of success to come, rather than its culmination. In contesting the Cup’s latter stages Victory have dropped points in their last three league game, but Lynch is convinced the foundations are in place for success there, too.

‘Of course there can be more silverware, if you’ve got money in a budget you can transform yourselves very quickly. They’re only a few points off the top and it’s a very congested ladder, so I wouldn’t put it past them winning the toilet seat this year.

‘By the same token I wouldn’t be shocked if they finished second or third on the table and came up slightly short, but they’ll definitely play finals and go deep.’

Less certain is how the club will fare in Asia, should they get past the enormous task of Vissel Kobe in a single-leg qualifier on March 15. For a club that prides itself on ruling the Australian roost, Victory’s Champions League record is abysmal: just twice in eight attempts have they progressed beyond the group stage, and never beyond the last 16.

What will be different this time? Victory optimists will point to Popovic, who shocked the continent in guiding Western Sydney all the way to the title in 2014. It’s an achievement that continues to grow in significance with time, as Asian football’s multi-speed economy continues to leave Australia behind.

‘Popovic proved he could make a silk purse out of a relative sow’s ear with Western Sydney when he won the ACL. I personally feel that is the greatest club performance, in any sport, by an Australian team overseas. It is just an astonishing achievement and should long be lauded.

‘He’ll need to get them organised incredibly tightly at the back, and we might see a bit of Roy Hodgson’s ‘two banks of four and keep it very, very tight!’ But if you can chisel out a result, that’s all the matters.

‘In their favour is that the J1 League and K League teams are caught a bit cold in February and March because it is the beginning of their season and they’re not necessarily match hardened, so that’s probably the best thing you can say in terms of Victory’s prospects.’