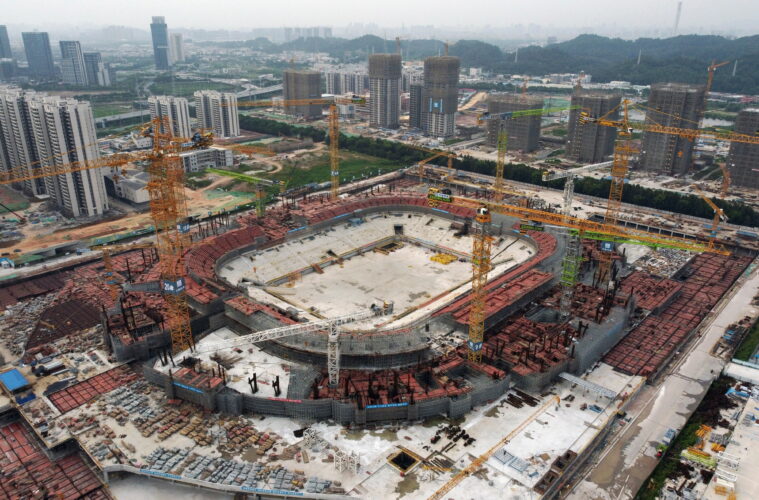 The Chinese Super League’s four-month hiatus was snapped with the beginning of the play-off round this weekend, but the return to the pitch can do little to mask the intense gloom hanging over football in the country.

The shaky foundations on which the modern incarnation of the league was built during a boom period of property development investment a decade ago have long been exposed, and were never more apparent than in March when Jiangsu Suning FC folded after winning the title the previous November.

Now another titan of the local game, two-time Asian Champions League winners Guangzhou Evergrande, find themselves bogged in the mire. Last week their 100,000 seat stadium project was taken over by Chinese authorities mid-construction, as commissioners Evergrande face a liquidity crisis.

‘Of the sixteen teams in the Chinese Super League, nine are owned by property development companies. That’s a part of the economy now being squeezed by the government, so anything not focused on those companies’ core business is going to fall to the wayside, and that’s what’s happening to so many clubs in the league at the moment’, The Asian Game’s Michael Church told Box2Box.

‘Jiangsu went under when the Suning group pulled their financial backing out of the club. That happened in the wake of a number of other clubs at lower levels struggling and closing the doors, a lot of which didn’t really get the international coverage it might have done.

‘But it was symptomatic of a situation in China where the professional game has grown in a way unrecognisable to many football fans around the world. The kind of money going into clubs, into the pockets of players and coaches, has ultimately made it very difficult to sustain.’

For any Australian football fan that has witnessed Guangzhou Evergrande toy irreverently with A-League opposition in the ACL over the past decade, the notion they are staring at the brink could understandably seem unfathomable.

‘When Evergrande bought into the club in 2010 they’d just been relegated to the second division… The new owners made it very clear they wanted to use the club as a vehicle to promote themselves, but they also wanted to revolutionise Chinese football and spent huge sums of money.

‘They spent $10million USD to sign Dario Conca, he and a number of other players joined this second division club with huge aspirations. By the end of the 2011 season they’d won the CSL (1st division), and they’ve now won eight titles, they’ve twice won the ACL, and it was a model that others sought to replicate.

Church explained this investment in the game was strongly endorsed by the government under President Xi Jinping, an unashamed football fan who’s been strong in his desire to see China qualify for, host and eventually win the World Cup.

But the wholehearted alignment with the property development has left them exposed to the vagaries of that industry, and for that reason we’re now seeing massive scaling back of operations, or withdrawal of funding entirely.

‘[Because] Chinese authorities are looking at clamping down on the property development industry… This is the knock on effect on football, because the game and the teams at the top end have grown very quickly and very fat on the cash pumped into them by companies involved in property development.’

‘Would we see the Chinese Super League fold? That’s a question I couldn’t answer at the moment but certainly there are many clubs within the setup facing severe financial difficulty. There are fundamental problems in Chinese football and that’s undeniable.’ 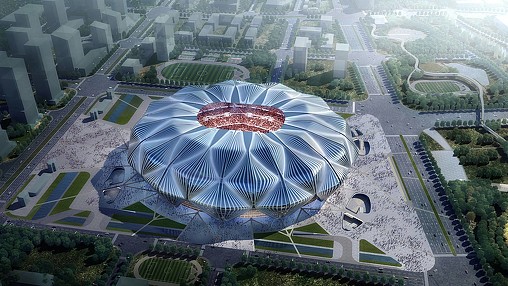