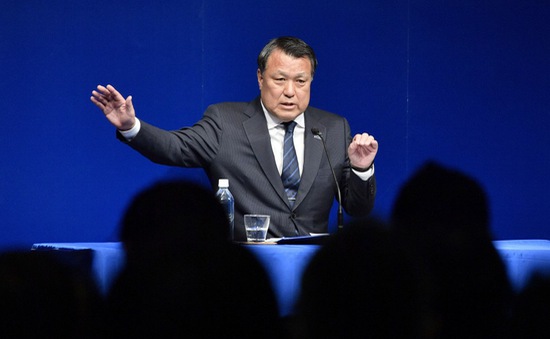 The coronavirus has caused some of the world’s biggest sporting events to reschedule, from the Euro’ to the Copa America, and even Eurovision.

But one event standing firm in their belief of going ahead is the Tokyo Olympic Games, scheduled for July.

“It’s been major news here (Tokyo) because he’s been in regular contact with the IOC guys. I think he was at a meeting with them ten days ago, so they’re all rushing off the get tested”, he said.

With the J-League and local baseball competition on hold, McIntyre believes both are under pressure to resume, to avoid a potential double-standard when it comes to the Games.

“The sense I’m getting from speaking to coaches, officials and players is there’s going to be a real push to make sure both major sports get back up and underway as soon as possible”.

“If they don’t, it becomes increasingly difficult to host the Olympics”.

The J-League completed just one round before it was postponed indefinitely in February, a decision McIntyre believes has been unjustifiable, given other facets of Japanese life have continued unabated.

“If you look at the average J-League game that has 15-20k people at the stadium… every single minute that amount of people are passing through a major train station”.

“If life is happily proceeding in this kind of setting, I don’t understand for the life of me why football can’t proceed under the exact same conditions”.