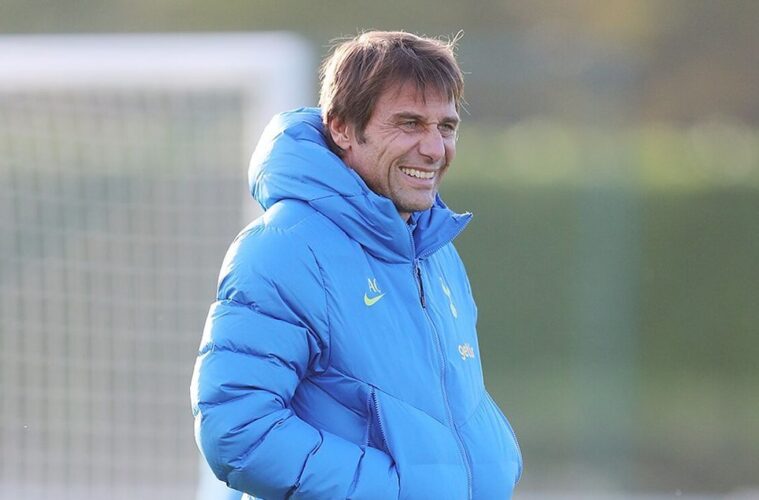 Tottenham Chairman Daniel Levy’s decision to remove Nuno Espirito Santo just ten games into his first campaign could be construed as harsh, but few could argue Antonio Conte is not a significant upgrade.

Only Pep Guardiola has won more trophies over the past decade than Italian Conte, who overnight will take charge of his first league fixture when Spurs head to Everton for a mid-table meeting.

Conte has established his reputation with success at clubs accustomed to it: Chelsea, Inter Milan, Juventus. Spurs present a different challenge, to revitalise the talented but jaded remnants of Mauricio Pochettino’s side that made the Champions League final just over two years ago.

‘It is really weird that they spoke to Conte three or four months ago and he didn’t want it, and now he does. I can’t see that he’s looked at anything they’ve done in terms of recruitment and gone ‘oh, actually it looks better than it was’, Stan Sport’s Max Rushden told Box2Box.

‘Conte could get a job at a bigger club, a better club, there’s no doubt about that… Tottenham is probably the lowest level club he’d ever go to. That doesn’t mean there’ll be guaranteed success, but I’m fascinated to see what he does with those players.’

Conte will have seen enough in those players to take on the challenge to rekindle their best. Harry Kane’s return has been minimal since he failed to force through a move to Manchester City and Dele Alli’s best football seems a world away.

‘I think they are capable to performing, but I think a lot of players have been there for a long time and sometimes you need to freshen it up. There was such a woeful lack of creativity during the Man United game.’

‘Yes, they’ve got Kane, Son is a world class footballer and Lucas Moura’s played quite well this season, but they’ve got no one who can pas the ball, so they’ve got to find something to make it more creative.’

Another gripping plot of the season with plenty to play out is at Newcastle, who are reportedly in talks with Eddie Howe to become the first permanent manager under the new ownership.

Mired in the relegation zone, the club are facing something of a motivation crisis as they transition between two eras that will likely see the majority of their current squad overturned across the next eighteen months.

‘They [new ownership] has come in at a time the team’s doing really badly, and now they need to motivate these players who pretty much know a lot of them are going to be surplus to requirements either in January or in the summer.’

‘From what you hear of the new owners they don’t rally know how to own a football club and the way to go about it. By all accounts Unai Emery was interested, but when it al’ leaked he said ‘I don’t want to be part of this, it sounds like a shambles.’