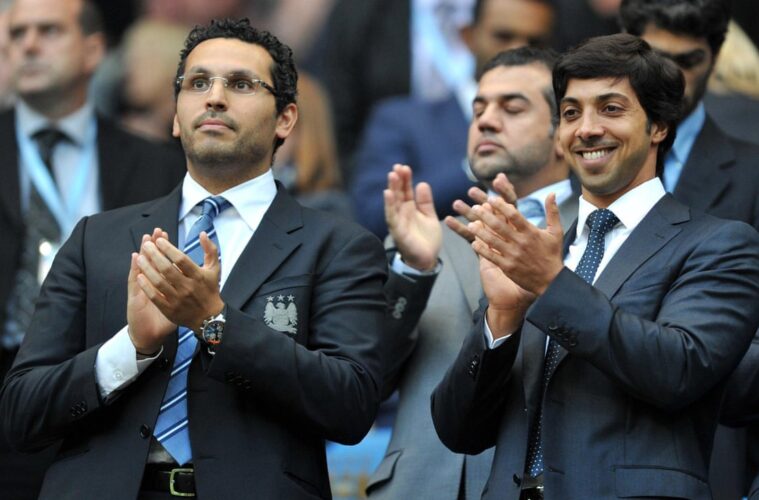 The investigation into Manchester City’s alleged Financial Fair Play breach has been again thrust into the spotlight after a UK High Court revealed the Premier League are still investigating the club, and that City have refused to disclose requested documentation.

The initial allegations date back to November 2018, when German magazine Der Spiegel claimed City owner and Abu Dhabi royal family member Sheikh Mansour had been topping up club revenue via deals with Emerati sponsors, whom he would later personally remunerate.

Manchester City were signatories to the Financial Fair Play rules when they were introduced a decade ago with the aim of reigning in unsustainable spending in the game, operating on the basic provision clubs can only spend what they earn, keeping them within their means.

Found guilty of breaching these rules in July 2020 City were fined £30million and banned from European competition for two years, before that ruling was overturned by the Court of Arbitration for Sport. The matter seemed to go cold, and the Premier League had seemed to let it slide.

But as The Athletic’s Matt Slater told Box2Box courts have this week revealed City and the Premier League have been at loggerheads behind the scenes, united only in their desire for their battle to remain private.

“They lost that case, the court says ‘we’re going to publish the judgment.’ Man City and the Premier League appealed against that verdict to say ‘oh no, don’t publish the verdict, this has all got to be done in private’, and they’ve lost that one.”

Central to Der Spiegel’s claims were a collection of emails between the City Football Group and those they’d allegedly been in cahoots with. Involved at this point is Simon Pearce, a member of the City Group Board, vice-chairman of Melbourne City, and kingpin in of the Australian Professional Leagues body entrusted with the future of the Australian game.

“He’s been absolutely one of the central characters here. There were half a dozen emails that Der Spiegel published in November 2018, I think he sent two of them.”

“City had an awful lot of evidence to suggest this apparent conspiracy just didn’t happen. But then this seventh email came out afterwards, which appeared to build on what Der Speigel had said initially.”

“You had Simon Pearce in a very chummy email saying ‘oh, I haven’t sent you quite enough, how do you want to sort it next time’… and that’s just been left hanging there, so he is absolutely in the middle of this.”

“He has a very crucial role in the City Group’s Abu Dhabi story. He went over to Abu Dhabi fifteen years ago to rebrand them, he works for the central authority there.”

“Of the CFG teams Melbourne’s the one he has the most hands on involvement with. He’s always very strongly maintained no wrongdoing has happened here, but has also never really explained what is going on in those emails either.”

City have continued to go from strength to strength on the pitch while this saga has ticked over in the background, winning Premier League titles and expanding their club network around the globe.

But it now appears the case is closing in on them again, and it remains to be seen how long their denial of wrongdoing will continue to be effective.

“Sport needs rules, competitions need rules, and Financial Fair Play was agreed for a reason. Man City signed up to this, and if they have knowingly cheated with this elaborate conspiracy, then they do deserve to be punished.”