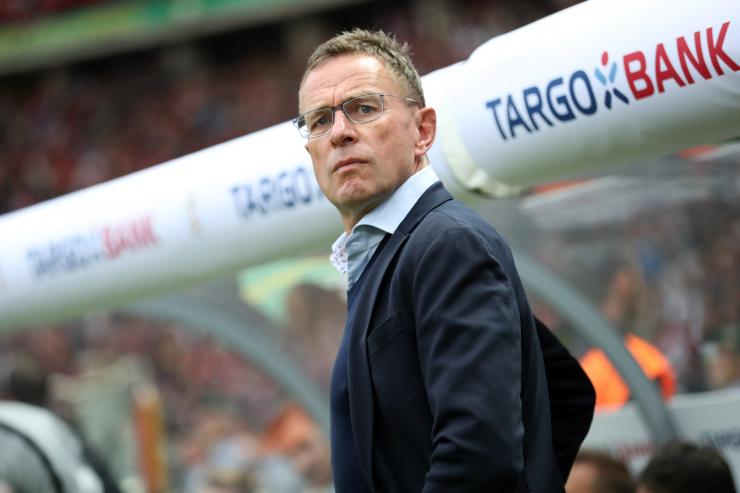 Nicknamed the ‘Professor’, Rangnick is widely lauded as the godfather figure behind the modern incarnation of the ‘gegenpress’, which has since been institutionalised by fellow Germans Jurgen Klopp and Thomas Tuchel – two men he’ll now shake hands with on the touchline in coming months.

Widely respected, Rangnick also possesses an element of mystique, perhaps given his time as director of football at Red Bull’s football stable meant he’s been abreast of management’s public front line. As Mark Lovell explained to Box2Box, for his brilliance he is, like the rest of us, flawed.

‘Some of the stories I’d heard around Rangnick [indicate] he does have a very thin skin. He’s a perfectionist, he doesn’t like bad things written about him – who does? – but that should not prevent him doing an amazing job at Manchester United for six months.

‘Who knows what’s in store? He could be retained, and if it all goes well for another two years he may have a massive say in the next coach at Man United. He is a control freak, and he will want that power to decide where Man United go as a football club.’

Two figures who generated public frustration in the dying days of Ole Gunnar Solskjaer’s reign where Cristiano Ronaldo and Jadon Sancho, although for different reasons; clinical but also considered detrimental in some quarters, Ronaldo was involved more often that not while Sancho, precocious and expensive, played a bit-part act.

‘One player who stands out who United haven’t got the best out of is Sancho, and he’ll hopefully get the freedom to express his talents under Rangnick. Sancho was one of the best players in the Bundesliga last season, and should have been better used by England in the European Championships, in my opinion. He’s wasting his talents [on the bench].

‘They then signed Ronaldo to boost their share price, not to improve anything on the footballing side of things at Old Trafford. But Ronaldo is the ultimate professional, he will see and hear things that will come out of Rangnick’s mouth and he’ll be impressed in the short-term.’

‘He does have a lot of luxury of riches to play with in his squad, but are they suited to his style, that heavy metal press and power football?

‘It depends what United are looking for. The title’s gone for another year, and if you said they’d finish in the top four and scrape a Champions League spot they’d bite your hand off right now. I’m sure he will have a short term effect.’