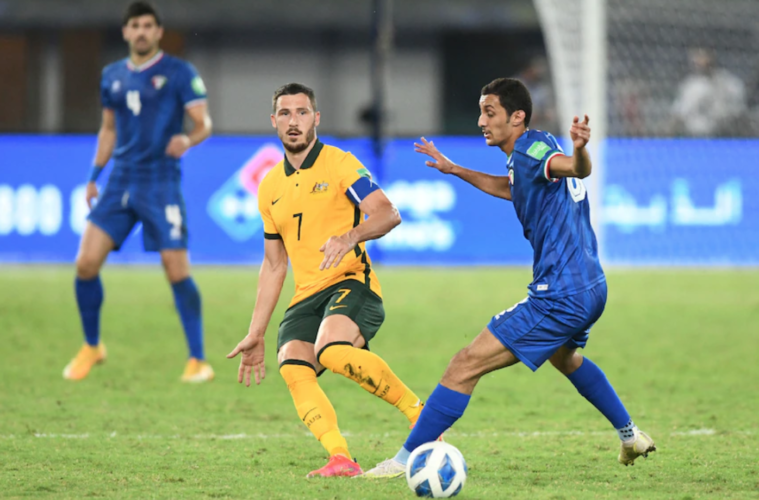 The news every Australian football fan has been dreading is slowly becoming reality: the Socceroos first ‘home’ World Cup Qualifier against China next month will be played abroad, and it’s unlikely the following windows will differ.

Football Australia has been unable to secure a ‘travel bubble’ deal with the Australian government that would have seen both sides exempted from two weeks quarantine, and is now considering alternatives in the Asia region.

“Football Australia are doing everything they can to get the matches in the October and November windows played here and for the various state governments to relax their stances”, News Corp’s Marco Monteverde told Box2Box.

“But I guess that depends on what the Covid numbers are, border closures. For now that September 2nd game against China will be played elsewhere.”

The Middle East looms as the most logical alternative given the football infrastructure is in place, and they’ve been willing hosts of late. Kuwait recently hosted the completion of the second phase of qualifying, and Qatar hosted an Asian Champions League hub late last year.

South East Asia also presents as an option with the Socceroos to play their second match of the window against Vietnam in Hanoi on September 7th.

“I think we’ll know in the next week or so. If it’s in the Middle East it’s going to be easier for the European-based played to get there, but if it’s in South East Asia it’ll be quicker to get to Vietnam once that game’s played.”

One of many Australians on the wrong side of the Government’s strict quarantine rules is Graham Arnold, who has set up camp in Dubai post the Tokyo Olympics to retain ease of movement around the continent.

Arnold will know more keenly than anyone just how important it is the Socceroos play matches on home soil – since admission to the AFC in 2007 they’ve lost just one Asian qualifier at home, to China in June 2008.

“Unless Australia secure the games in October and November at home, it’s going to be hard for Arnie to come back here before Christmas. He’s still in Dubai and hopefully he can fly to wherever he needs to be and won’t have to serve his quarantine.”

“Then you’ve got his support staff that are here so if they go overseas, then come back here and serve quarantine it’s going to keep adding up. It is really stressing [resources].”