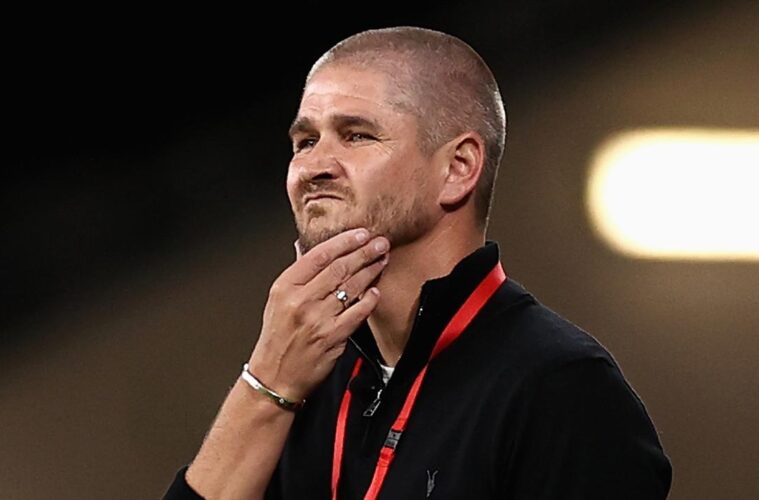 Carl Robinson turned heads for all the wrong reasons when admitting he didn’t know the answers behind Western Sydney’s mis-firing forward line against Central Coast last week, and all and sundry had speculated club administration spent Christmas Day sharpening the knives.

The postponement of their Boxing Day fixture against Newcastle may have earned Robinson a stay of execution, and he may also have history on his side, given the axeings of predecessors Josep Gombau and Markus Babbel failed to prove the tonic for the wayward Wanderers.

‘Obviously there’s something going on. For such a big club to have not made the finals for four years, it’s obvious why the supporters are upset’, news.com’s Marco Montverde told Box2Box.

‘Robinson was supposed to go there and fix things up, and I think he’s got the squad he wants now. But for him to come out and say he doesn’t know what the answers are, well, it doesn’t give you much confidence in them going forward this season.’

‘When he was at Newcastle he seemed to be working wonders, and now he’s got this [bumper] squad… last year the players he had at his disposal, maybe there were too many. Trying to keep a roster like that happy with guys on the bench, it’s not easy, but you’d think with his experience that he could do that.’

Turnover at the Wanderers has always been high, going back to Tony Popovic’s demanding regime that saw players come and go, but deliver their best and win silverware in between. Recent years have seen the churn remain but players regress, with the club occupying the table’s lower reaches.

Former Wanderers women’s coach Dean Heffernan this week put the blame on CEO John Tsatsimas and general manager of football operations Gavin Costello for creating ‘the most toxic environment’ he’d seen in football, which had created the revolving door for ‘60 odd players and four coaches over five years’ to pass through.

‘Drew Sherman used to be up at the Roar as the youth team coach, then he ran the academy, and then all of a sudden he’s running the football department at Melbourne Victory. People were saying ‘who is this guy?’

‘Gavin Costello is not a [big] name. He could be a target as someone who is not a big name, for the fans to say ‘well who is this guy? Let’s bring in someone who is well known who can do the job.’

In truth, the Wanderers have now been poor for longer than they were good. It’s hard to believe for a side that injected so much excitement and enthusiasm into the A-League under a decade ago, winning the Asian Champions League and setting the template for successful expansion.

Melbourne Victory’s revival from wooden spoon to apparent contenders has shown what can be done in one offseason with proper appointments, sound recruiting and above all, the introspection to realise change is needed.

That may or may not come in time for Robinson, and is out of his hands anyway. Their next scheduled match comes at home on New Year’s Day to Western United, and all eyes will be on that front three.

‘There’s still plenty of time, and a top six finish in a twelve team league is do-able. Maybe what’s helping him is that other clubs have made slow starts like your Sydney’s, Adelaide’s, they are using the fractured pre-season excuse. But those will run out soon.’