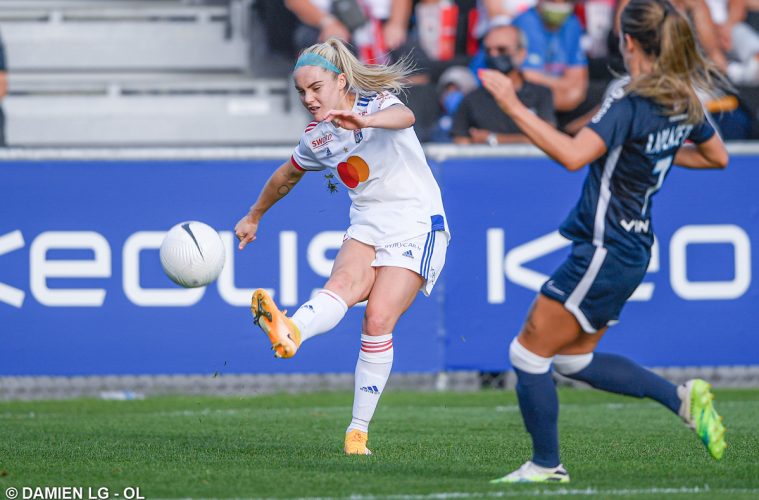 It may have taken place while most of Australia was asleep, but Ellie Carpenter’s debut for Olympique Lyonnais on Monday morning represented another huge step forward for Australian Women’s football.

Winners of seven UEFA Champions League’s in the last decade, Lyon are the undisputed powerhouse of the women’s game globally. Carpenter’s debut capped a remarkable period of recognition for she and her compatriots, following an off-season exodus to Europe’s top leagues.

“You don’t go to Lyon by accident. She’s definitely a player they recognise as being world class and I think she’ll continue to grow in leaps and bounds”, Marissa Lordanic of Beyond 90 told Box2Box.

“I think sometimes we forget she’s so young. Lyon’s her fifth professional club and she’s only twenty. It’s insane to think how much quality football she’s actually played.”

After a profligate showing in the Community Shield for Chelsea, Kerr buried concerns of her ability at the level with an opening day goal against Manchester United.

Kerr will have the chance to add to her tally tonight, when Chelsea host a Bristol City side featuring Aussies Chloe Logarzo and Ella Mastrantonio.

“It was really good to see her get on the scoresheet, and show everyone she is capable of scoring goals despite what the performance in the Community Shield showed.”

“I don’t think she (Kerr) has anything to worry about. She’s playing her game and she will continue to grow into the league and into the team.”