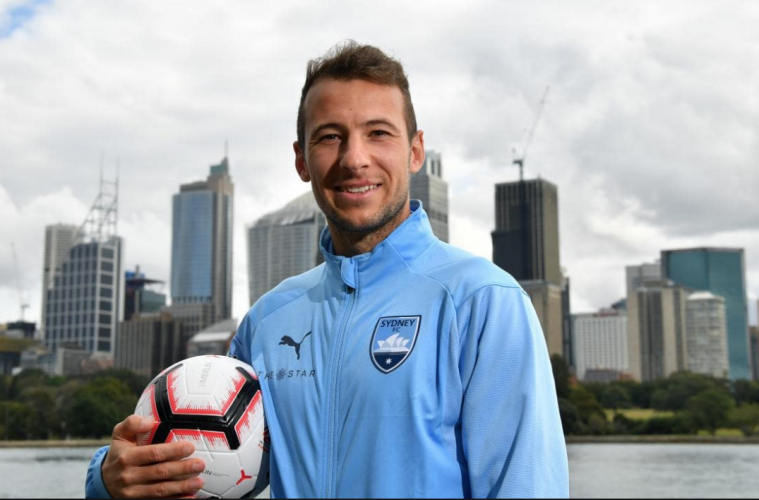 Adam Le Fondre made the perfect start to his Sydney FC career with a goal on
debut last week, and is hungry for more as he looks towards the Sydney Derby at
the SCG on Saturday.
It will be just the second National League game played at the venue, the first
coming in the NSL era. Despite usual frustration from the public about playing at
oval-shaped venues, ‘Alfie’ couldn’t be happier.
“It’s an iconic stadium throughout sport, with the Ashes, it’s fantastic”, the
Englishman told Box2Box.
“It’s one of the best cricket grounds in the world, we can transform it into our
home ground have everyone there making all the noise they can.”
Having plied his trade in every division in England, including stints at Cardiff,
Reading and Bolton, Le Fondre has been more than impressed with the
atmosphere and quality of Australian football.
“I think we’ve got arguably the best squad in the league. I was coming from a
very good team in Bolton… I’ve joined a similar dressing room where the lads are
all together and the standard of training is great”.
And what of the heat foreigners experience when coming to Australia? Le Fondre
seems intent to take it all in his stride.
“I’m sick of playing when it’s five degrees and raining! So why not go to the total
other end of the scale and have nice 35, 40 degree heat. I’m here to experience
things like that”.