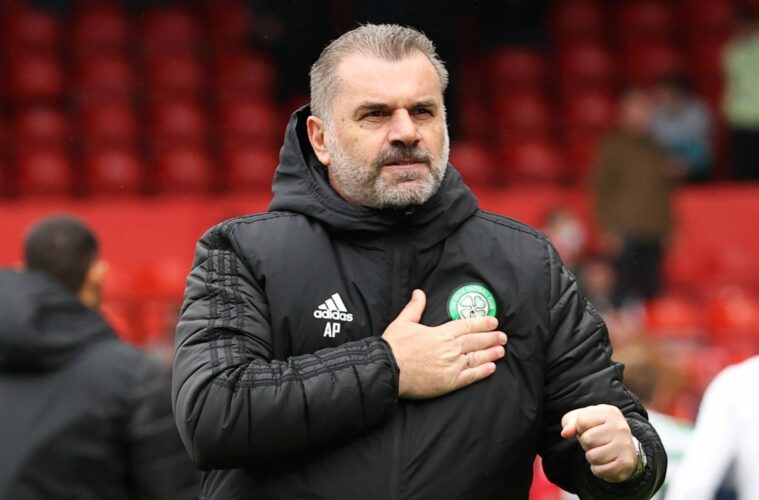 As Celtic fans serenaded Ange Postecoglou from Dundee’s away end after Sunday’s victory, their seventh in eight matches, it became abundantly clear that this famously demanding fan-base, after initial trepidation, has fallen deeply in love.

Shoehorning ‘Postecoglou’ into a chant is by no stretch easy, and there was a subtle symmetry in using Wham!’s Last Christmas; like Postecoglou, George Michael rose from humble beginnings as the son of Greek migrants to impact the masses through his art.

Postecoglou’s own form on art is now cranking into life at Celtic with the players, like the fans, clearly head-over-heels committed to his ideology.

‘I haven’t spoken to a single player representative or member of the squad who doesn’t wax lyrical about him. It seems to be that almost all of them have bought into the project and what he’s trying to do’, The Athletic’s Kieran Devlin told Box2Box.

‘The thing the players seem really energised by is Postecoglou’s insistence on looking to improve every day. He’s saying ‘none of you have fulfilled your potential yet. If you commit entirely to me, I’ll make sure you become the best you can be.

‘People get into football… because they want to be the best sportsman and athlete they can be, and he’s really tapped into that latent ambition to be the best they can.’

Devlin has observed new layers of Postecoglou’s blueprint coming to the fore over the past month, testament to both the players’ buy in and Postecoglou’s single-minded clarity of what the future holds.

‘Since the previous international break it’s not just been exciting, attacking football, they’re now learning to control games as well and are limiting opposition chances.

‘Ange is a very exciting, attacking coach but he’s a bit more practical in his own sense, too. But his form of pragmatism isn’t two banks of four and counter; it’s to dominate the ball so utterly that the opposition can’t get anything.’

As well as fans and players, Postecoglou seems to have won over Celtic’s moneymen. Hard transfer graft on arrival saw twelve pre-season signings that now form the bulk of his match-day elevens, and according to Devlin, more are on the way.

‘I understand (winger) Albian Ajeti might be moved on in January along with three or four others, which paves the way to bring others in who fit better with what Postecoglou is trying to do here.

‘It really is an exciting time… it seems to suggest the club give the full backing to the manager now.’

With the gap at just four points to the now manager-less Rangers on top of the league and guaranteed European football into January, Last Christmas may be in line for a few more renditions yet.