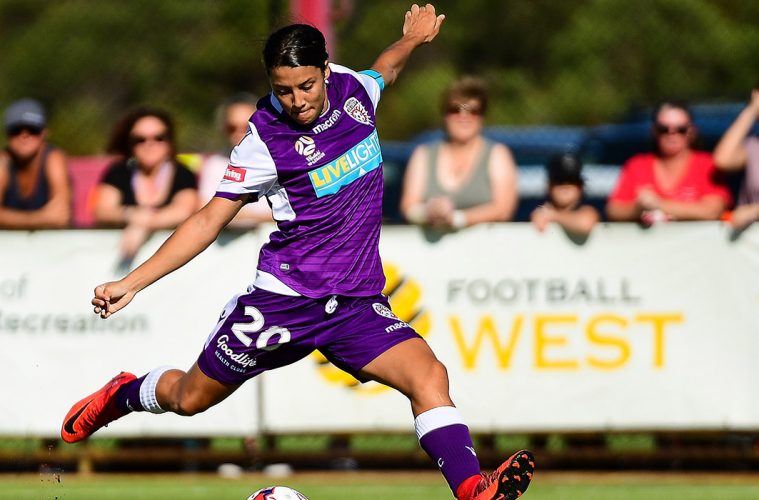 KERR LOOKS TO EUOPE AT EXPENSE OF W-LEAGUE

The worst fears of the W-League were this week confirmed, with the announcement Sam Kerr will not return for a 12th season, but instead look at European opportunities.

It follows the recent decisions of Lisa De Vanna and Emily Gielnik (both of whom have provided tremendous service to the W-League) to test themselves beyond the domestic competition.

While Kerr is well within her right to seek challenges abroad, is has still posed questions of the W-League’s credibility on a global level.

“It’s an interesting reflection on where the W-League is at the moment, because while there’s been a lot of improvement, it’s not really a professional women’s league”, said Samantha Lewis of The Guardian, speaking to Box2Box.

“For a lot of internationals that come over it’s seen as a bit of a kick around, a holiday… So that kind of environment isn’t conducive to maximising the potential of players”.

While fans and administrators will rue the loss of the Matildas captain, Lewis believes Kerr’s made the right call on a personal level.

“I think for Sam it’s probably the best move she could make. Europe is starting to realise women’s football is something they should care about, and they have the resources to be able to make their leagues attractive”.

Despite frequent nominations for the top gongs in women’s football, team success have proven largely elusive for Kerr.