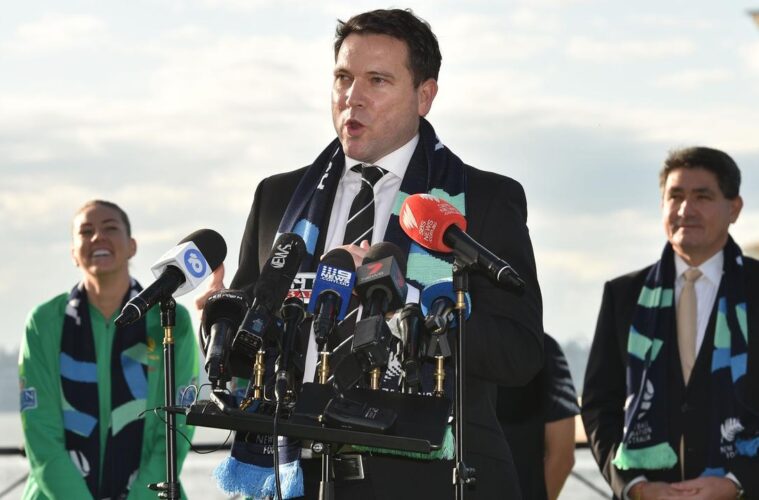 Australia’s major-events planners have earned their keep over the past twelve months securing the upcoming Women’s World Cup and 2032 Olympics and could be about to head into overdrive, after Football Australia CEO James Johnson revealed talks were underway towards a men’s World Cup bid.

A day later Johnson was pouring cold water on the possibility of a serious tilt at the 2030, but the fact discussions could occur proves the organisation has taken major strides beyond the embarrassing the 2010 bidding process.

The Australian’s John Stensholt also feels the ambition is a reflection of a healthy relationship with the Federal and State Governments, which was far from the case after $46million in taxpayer funds earned one vote last time around.

“There will always be a stigma attached of ‘here we go again’. [But] it’s eleven years ago. There’s obviously a new regime in there… with something like this you’ve got to have an excellent relationship at government level”, he told Box2Box.

“I think what it does show is there’s a bit of aspiration back at Football Australia, a bit of optimism.”

FIFA has mandated all future hosting bids contain sixteen host cities to cater for their expanded 48-team tournament, which has led to an increase of joint bids from nations unable to cater on their own.

Already in the ring for the 2030 tournament are conglomerates from South America, South-East Europe and the Iberian Peninsula, and possibly North Africa.

New Zealand and Indonesia have been floated as potential partners, but that Australia is yet to align itself to anyone signals how nascent talks must be.

“The days where just one country hosts seem to be over… Australia and New Zealand or Indonesia is a really interesting idea. Once you open it up to multiple countries, it doesn’t necessarily have to be next door.”

“It has to be reasonably close by, but by 2034 who knows what transport looks like in that regard.”

Even if Australia launches a bid for 2034 it will face fierce competition from within the Asian confederation, let alone the rest of the world, with FIFA’s allocation pattern deeming an AFC nation a likely destination.

China has made no secret of it’s desire to be a football superpower in the coming decades, while Indonesia, Thailand, Singapore, Malaysia and Vietnam has been touted as a mega-South East Asian host.

“There’s going to be a lot of jostling behind the scenes to see who gets the imprimatur from the Asian federation.”