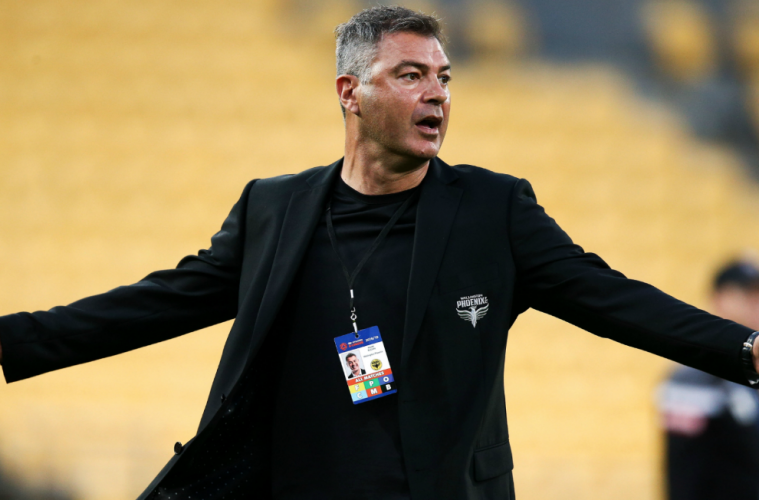 The A-League’s worst-kept secret has been confirmed, with Wellington Phoenix manager Mark Rudan announcing he’ll be leaving the club at season’s end.

Despite achieving on-field success Rudan will depart halfway through a two-year deal, having been unable to relocate his family across the ditch.

“This hasn’t worked out the way Phoenix fans would have hoped, and I don’t think it’s worked out how Rudan would have liked either”, he explained.

“The overall emotion from this side of the ditch is that we’ve enjoyed having him here, and we’re very sorry to see him go”.

Rudan’s empowerment of his players and tactical ability will see the previously unfancied Phoenix play finals football for the first time since 2015. Beyond that, Pine stated a similar coach needed to be hired to take the club forward.

“What has been shown is a knowledge of the A-League and football in this part of the world is absolutely crucial (to succeed)”, he said.

“If Rudan’s success has proven anything, it’s that state-league (coaching) in Australia can be a really good stepping-stone towards A-League success”.

Rudan has been heavily linked with the inaugural Western United position, and while most can sympathise with his family situation, many are sceptical over how a job in Melbourne will appease his Sydney-based family.

“The fact there’s another gig waiting has not sat particularly well with a section of Wellington fans, and has left a sour taste in their mouths”, said Pine.

“He’s still very well respected for what he’s done over here. It’s just a shame it will end prematurely”.