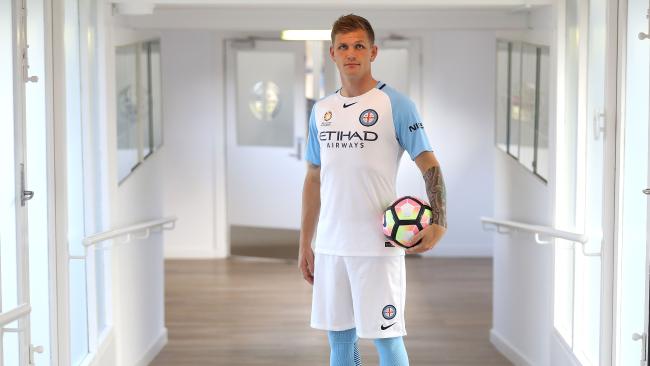 Melbourne City’s Danish defender Michael Jakobsen talks to the team ahead of the club’s cutthroat home final against Perth Glory. Reflecting on the start of his career though, Jakobsen admits he’s happy to have made a career out of the beautiful game. “It’s the biggest sport in Denmark so growing up it’s all about football. There’s handball as well, a fairly big sport, but most of the kids in Denmark are growing up with soccer and I’ve been very happy to make a career out of it. In Europe, Scandinavia – Norway, Sweden and Denmark are all close to us but I would say the Danish is the strongest league of those three. Then there is also the Belgian league where they have some very good teams as well and I think only Copenhagen can compete, at the moment, with the top teams in Belgium. The same with Holland, I’d say they’re a step in front too so it’s not the best league but we’re developing young talent and we’re very good at that.” LISTEN NOW.