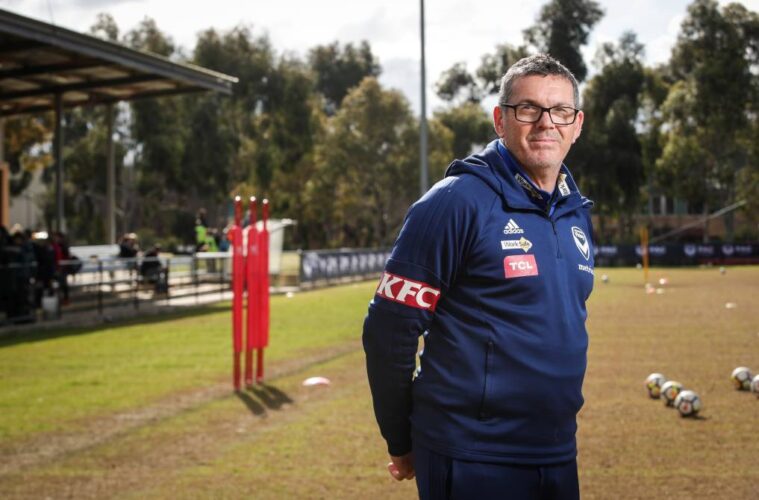 Melbourne Victory will commence their new W-League campaign in Perth on Saturday, after a re-shuffle of fixtures due to Sydney’s Covid-19 outbreak scuppered plans for a double-header in Parramatta.

Manager Jeff Hopkins has told Box2Box it’s an early test of the side’s flexibility, something they’ll need in spades if they’re to better last years semi-final loss in the present Covid-19 world.

“It has disrupted out plans for sure… we were heading towards a game up in Western Sydney, our prep was going really well, all of a sudden out of the blue Covid rears its head”, said Hopkins.

“We’ve taken it in our stride. We’ve had to make a few changes to our training program, but as a playing group and coaches these are things you have to be adaptable [to].”

As the most successful coach in W-League history, Hopkins found rejuvenation in the off-season working with the Victory’s men’s side in their preparation for the Asian Champions League.

While Hopkins didn’t travel to Dubai, he was evidently proud of the team that went on to defy low expectations and qualify for the knockout phase.

“I was really lucky through the Covid period that I got to work with Grant and the A-League boys. It was really good for me, kept me involved, kept me motivated, got me out the house once a day as well.”

“I really enjoyed my time there and obviously it was great to see them go over there and qualify.”

With his attention back on the W-League, he’s set to be bolstered by a glut of returning players, particularly up front.

“We’ve recruited well in most positions but obviously it’s the front players you’re relying on to win you games.”

“I’m very happy to have Kyra back, she’s come back in really good form, she will be excellent in terms of her delivery, and also she’s a good finisher.”

“Melina Ayres has been waiting patiently with Natasha doing so well for us over the years. She’s been a big contributer to the team in her own right but this year could be a breakout year for her.”