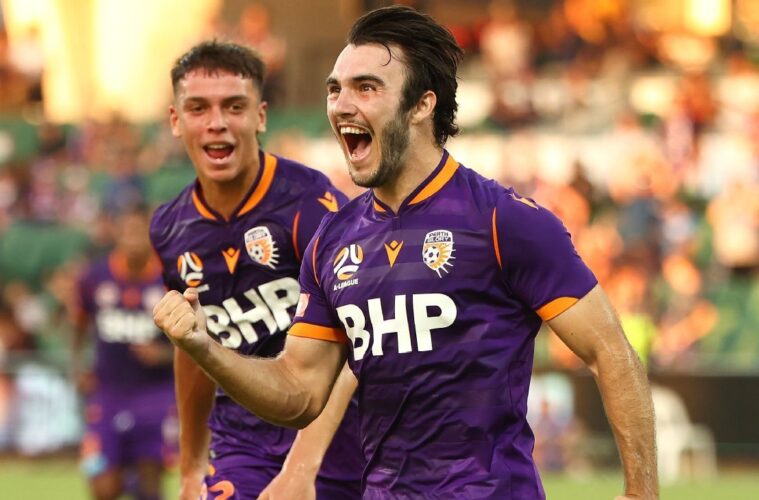 Perth Glory today embark on the first of three games against Victorian opposition within the next nine days when they face Western United in Geelong.

Richard Garcia’s side will be brimming with confidence following a rampant first hour of their A-League campaign on Wednesday, where they at one stage led Adelaide 4-1 before the final score of 5-3 flattered their opponents.

“We probably needed that extra bit of time to get the boys up to speed and in shape after having to quarantine for two weeks in a hotel”, Garcia told Box2Box, regarding their delayed start to the campaign.

“The boys were very eager the other night, so it was fantastic to get off to winning ways.”

Central to their success or otherwise over their Victorian assignments will be their ability to rotate their squad, a challenge Garcia has already faced in his short coaching career, during the Asian Champions League.

“At the moment, the squad is a little bit thin. We have quite a few players out, some players have not arrived, so it’s really going to test not only the young guys but the older guys as well.”

“The guys are mentally prepared, so we feel that physically we can cope. But all it takes is for an injury there and then it really does test your squad. It’s going to be a very testing two weeks. We have to manage it very carefully.”

One player Garcia will hope to keep at his disposal for all three upcoming games and beyond is Nick D’Agostino, the Olyroo who looks to have finally added consistency and results to his long-touted talent.

After three goals in 41 appearances for Brisbane in all competitions he’s scored five in 16 for Perth, including a brace against Adelaide on Wednesday.

“Nick’s starting to get to that age now where he’s realising he needs to put more effort into his professionalism, and it’s fantastic to see him get those rewards.”