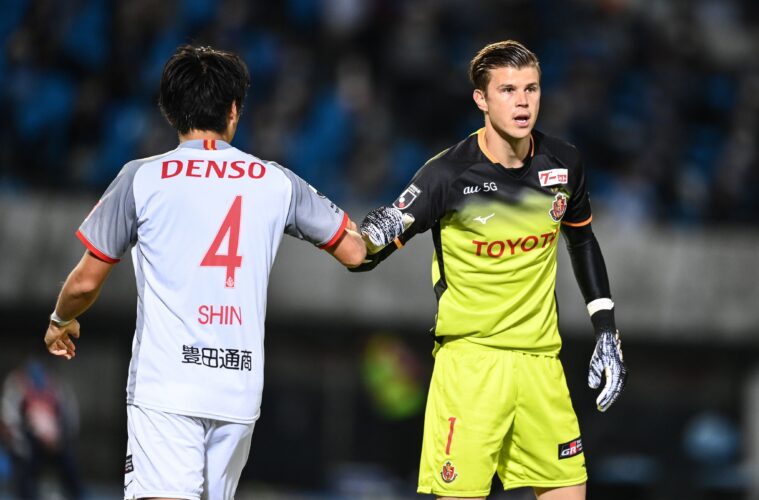 A jam-packed Japanese football calendar has come to a close for 2020, with runaway J1 League victors Kawasaki Frontale finishing the season 15 points clear atop the table.

The Asian Game’s Scott McIntyre lauded Kawasaki for navigating the exhaustive schedule, which was not trimmed despite the Covid-19 pandemic.

“It’s been a really crazy season. What happened in Japan is almost unprecedented in the world”, McIntyre told Box2Box.

“Instead of what happened in other Asian leagues (shortening the season), in an effort to fulfil broadcast contracts the J League said ‘we’re going to play the entire season. So they played 34 matches in literally half a season.”

“Kawasaki Frontale were very strong and dominant this year. They’ve scored a record number of goals, they won the league in a record amount of time, they conceded second fewest of the league as well.”

Another standout of the season was Australian Mitch Langerak, whose 17 clean sheets broke the J1 League record and helped Nagoya Grampus finish third.

“The J League has got a lot of good keepers… but Mitch has been a standout. I’d be very surprised if he doesn’t win Goalkeeper of the Year at the upcoming awards.”

“He’s just been in brilliant form this year. I’d be surprised if any other Aussie keepers are doing better than him, he’d be in prime position for the [Socceroos] number one going forward.”

An Aussie whose best laid plans didn’t come to fruition was manager Pete Cklamovski, who left Shimizu S Pulse in November after three wins from 26 matches.

McIntyre believes he’s still well regarded in Japan, and another opportunity should come his way.

“He’s still living in Shimizu. He was put in a hard position. The week he came in they changed their sporting director and sold their best player.”

“I know he’s had a bit of interest around here from clubs in J1 and J2. I wouldn’t be surprised if he stayed here for another couple of months and lands a job.”