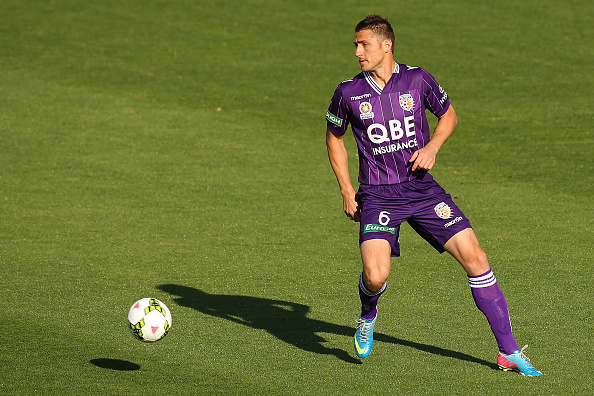 Veteran Perth defender Dino Djulbic takes the team through the Glory’s late season resurgence and its march to the finals. “We want to spoil it for them and get some silverware for ourselves! We’ve got a big game coming up tomorrow night and it’ll be a tough one but we love coming to Melbourne.” On the red card  he earned in his previous trip to Melbourne, the experienced defender joked he couldn’t remember the events leading up to his dismissal. “Nah, I can’t remember that…”

“Last week though we didn’t really compete in the first 20 minutes but then once we did I thought we deserved better but you can’t play for only part of the game and expect the three points.” LISTEN NOW.