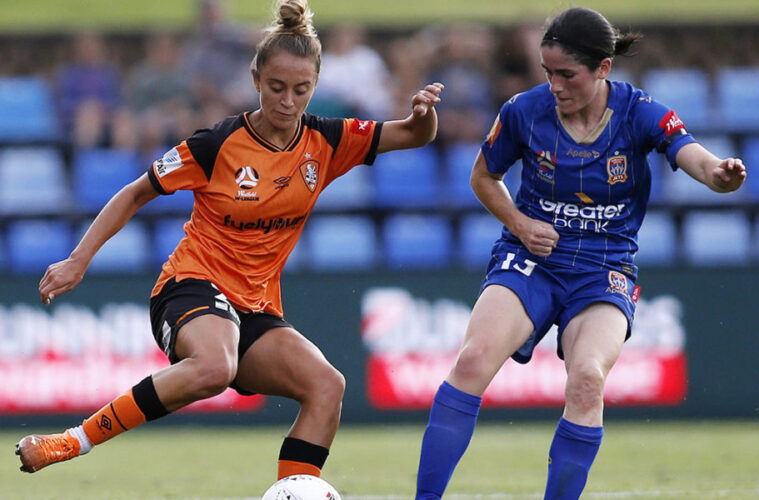 The APL’s decision to align the names of the nation’s top domestic leagues under the singular ‘A-Leagues’ banner may appear only cosmetic, but is their most overt statement yet regarding how strongly they value driving equality through football.

That the ‘W-League’ is no more will be hard to grasp, for it was a beloved term entrenched in the local game’s lexicon that possessed a proud history. But the APL feel the sacrifice necessary to raise the league alongside the men’s in public consciousness.

‘When the APL took over in January we wanted to unpack some of the things we inherited… one of those was the brand architecture of the sport. When we looked at the history of the A-League, the name stood for Australia, A-Grade, ‘A’ quality, and that all made perfect sense’, APL Managing Director Danny Townsend told Box2Box.

‘Then when we looked at the W-League when it came in a couple of years later, it was a simple story: W is the first letter in woman. We thought if all those great things that sit in the narrative behind the ‘A’ are applicable to men, why are they not applicable to women?’

‘That made it a simple decision for us. After a bunch of stakeholder research, it was overwhelmingly in support that the A-League was such a powerful brand, and it was important it transferred across the men’s and women’s game.’

Townsend emphasised the APL’s keenness to ensure the name change won’t be considered a platitude in their commitment to the women’s football, and that other recent additions will help them drive towards their equality ambitions.

The APL Club Championship will come into effect this year, with points scored by a club across the A-League Men & A-League Women to accrue towards national recognition. Three new sides will also join the A-League Women’s competition over the next two years, but even these significant steps are being considered small in the APL’s overall plan.

“The expansion of Wellington Phoenix into the league next season and Western United and Central Coast next is all about more teams, more matches, more playing opportunities for aspiring Australian and New Zealand female footballers.”

“The next step is get to see sides [play each other] home and away, minimum. I see a day when the A-Leagues Men and Women run concurrently for the entire season.”

“That’s the goal and we’ll get there. There’s some complexities we need to manage, particularly concerning the orientation of the NPL. But we’re committed to it and we’ve made that pretty clear.”