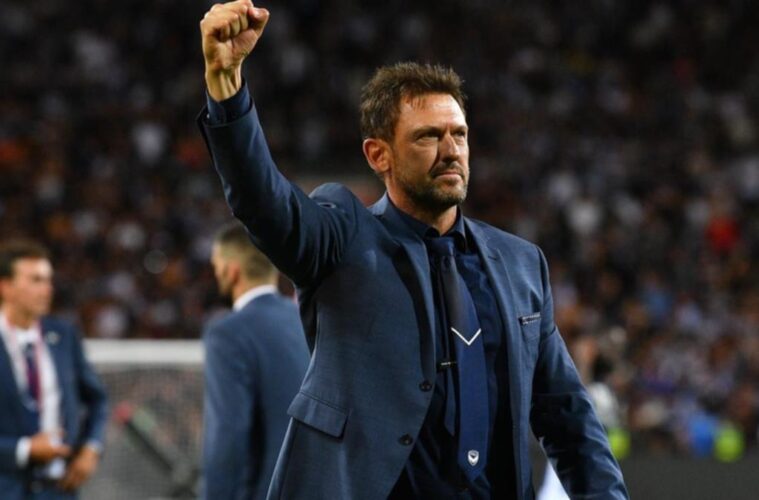 Melbourne Victory’s revival from wooden spooners to Championship contenders has been the story of the A-League season, and just ninety minutes stands between them and entry into a seventh grand final in seventeen seasons.

Tony Popovic is seen by many as the best active Australian manager not to have coached the Socceroos, and his first season at Aami Park has done plenty to affirm that view. The side stuttered in the league across the Christmas/New Year period, but only because attention was focused on lifting the FFA Cup.

With that trophy in the cabinet, Popovic’s trademark consistency has taken effect; they’ll head into today’s semi-final second leg against Western United on a sixteen-game unbeaten run. There remains one glaring omission from Popovic’s CV, an A-League Championship; whether he scratches that itch or not, Daniel Garb believes he’s shown more than enough to say he’s the man to complete a Victory style rebuild with the national team.

‘Tony Popovic deserves a go at the Socceroos job. For me, he’s the only candidate. Unless you want to go overseas and look for an option there, but why would you? I can’t understand people who are vouching for that when we’ve got Popovic in our own backyard’, Garb told Box2Box.

‘He’s won the Asian Champions League with Western Sydney Wanderers, he’s done it all in the A-League. Yeah, it hasn’t worked out overseas for him but he hasn’t exactly been to the most stable environments either, he hasn’t been given a proper crack at it.

‘If it doesn’t work out for Graham Arnold in these playoffs he departs, of course, and even after the World Cup there’s a good chance he departs if we’re lucky enough to make it. Popovic is the man, they should go to him at the end of this finals campaign and say, ‘regardless of what happens with the playoffs and the World Cup, you are our man for the next four year period.

‘And I don’t see why he would say no, because you only get an opportunity, possibly, once in a lifetime.’

Garb also reserved praise for Western United boss John Aloisi, who’s side require just one goal to square the ledger against the Victory and give themselves a look at a maiden Grand Final in their third season.

Aloisi endured more than his share of criticism during his first two managerial gigs: as a young manager he unfairly became symbolic of the barren, under-resourced Melbourne Heart era, before backing in an ageing Brisbane Roar squad that soured badly towards the end of tenure.

What few recall is the 2015/16 season where Brisbane finished a point off the Premiership and a goal from the Grand Final, while Aloisi also oversaw the development of Jamie Maclaren from prospect to consistent contributor.

‘Let’s not forget a lot of people said Aloisi didn’t deserve another job in the A-League, which I thought was nonsense. He can coach, big time, and I’m delighted it’s gone well for him. He’s got a very good assistant there in Hayden Foxe, they deserve a big tick for what they’ve done at Western United.’

Sunday’s second semi-final between Melbourne City and Adelaide United is also all to play for after neither side could find the net in the Reds’ home leg on Wednesday. City are yet to find the dominant form that took them to the Premiership since returning from the Asian Champions League last month, while Carl Veart’s United have won six of their last seven.

‘I think Adelaide are going to have a big say in the second leg, I would not be ruling them out whatsoever. They’ve got a lot of quality up forward and if they can frustrate City, watch out for them on the counterattack. I think there’s a lot to play out in that second leg.’