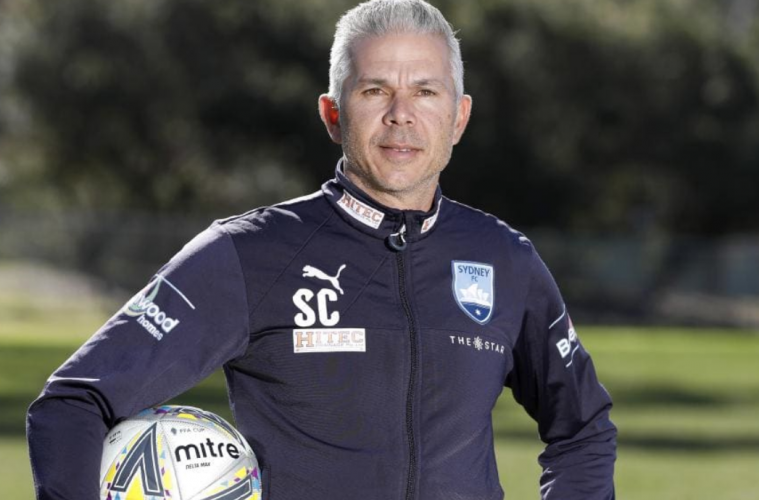 When Graham Arnold left Sydney FC following the most successful period in the club’s history, many believed replacement Steve Corica was on a hiding to nothing.

But 16 games into his first season as an A-League manager, Corica has gone a long way to filling Arnold’s sizeable shoes.

“It was a tough gig taking over from Arnie; we had a good couple of years. We are in a good position at the moment, only five points behind Perth”, he told Box2Box.

“Its all to play for. It’s going to be an exciting way to finish the season”.

Locked in a three-way battle for the premiership with Perth and Melbourne Victory, Corica has found the perfect blend of retaining qualities put in place by Arnold, and injecting the side with new talent.

“I tried to keep a lot of the players from last season that I could. (But) we needed to refresh a few, the squad was getting a bit older so we’ve brought in some younger boys”.

Former Iranian international Reza Goochanejhad was last week signed to bolster the squad, while Mitch Austin has joined from Newcastle.

Goochanejhad’s signing is two-fold; as well as A-League reinforcement, he qualifies as Sydney’s Asian player for their upcoming Asian Champions League campaign.

“We need players to come in and strengthen our squad, it’s always good when there’s competition for places.

“When new players come in you can see the change at training, it’s something fresh. We’re pleased to have both on board to bring us home”.