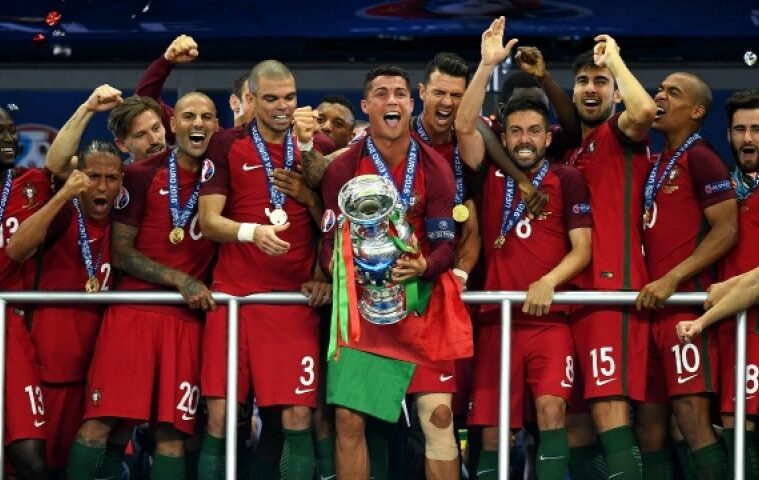 It’s taken a year longer than expected, but the 2020 European Championships will finally kick off on Saturday morning (AEST) when Italy host Turkey at Rome’s Stadio Olimpico.

While the Euros can’t claim to be as inclusive as the World Cup many adjudge it the world’s most competitive football tournament, with Optus Sport’s Richard Bayliss ruling only a small handful of sides out of the mix for group-stage progression.

“The best thing is that it’s so competitive. There are probably only two or three nations, max, that you’d look at and say ‘oh, they are minnows’. A lot of them have been heavyweights in their own right”, Bayliss told Box2Box.

“The other element that comes in is four of the best six third-placed teams will qualify for the knockouts. Five years ago Portugal won it having finished third in their group, so there are a couple of ways out of jail if you have an ordinary group phase.”

Bayliss predicted ‘seven or eight’ countries are a chance of lifting the Henri Delaunay Trophy at Wembley on July 11, with three of them to battle it out in Group F, the undisputed ‘group of death.”

“Group F saves the best for last. Alongside poor old Hungary you’ve got Portugal, the reigning champions, France, the World Champions and Germany, who we know are a massive powerhouse.”

“Germany have gone through a bit of a tough period but they’ll saw goodbye to their manager Jogi Lowe after this tournament. Never count them out.”

The Euros will be the most ambitious sporting event post-Covid 19, with 51 games spread across eleven cities in recognition of the 60th (now 61st) anniversary of the tournament.

Numerous venues and widespread travel means the threat of a Covid interruption looms heavily, but Bayliss is confident UEFA’s processes will see any damage minimised.

“I think it’d be a surprise if we got through it without any type of hiccup, be that big or slightly smaller in terms of a squad or a venue.”

“There’s been so much football played across the continent at club level, but also at UEFA competitions like Europa League and Champions League that they’ve got their protocols so down pat that they’re pretty confident.”

“I think by extension we have to be confident as broadcasters and fans that they’ll sort that out.”