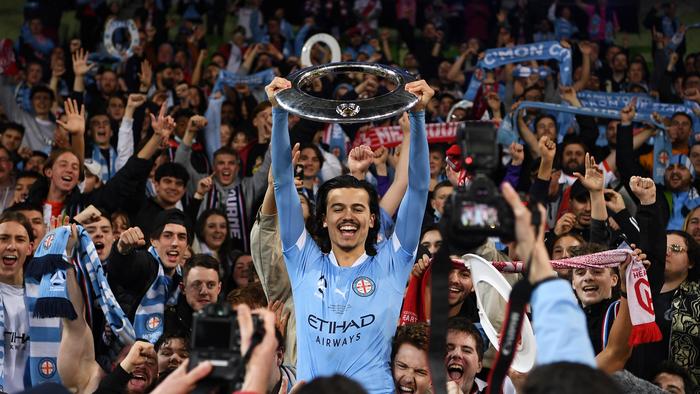 City CEO Brad Rowse on Clubs Foundations On & Off Field

As Melbourne City lifted their maiden A-League Championship on Sunday, with their three Socceroos on Face-Time and another in Mathew Leckie on the way, the question asked by fans of all clubs was the same: ‘how many?’

City’s outclassing of Sydney felt like both the changing of the guard and dawning of a new era in one. And while Patrick Kisnorbo, Erick Mombaerts and even Warren Joyce have been lauded for setting the side up for long term success on the park, it’s arguable they’re looking even healthier off it.

As CEO Brad Rowse turned the first ceremonial sod at the club’s new home at Casey Fields on Thursday, it felt as though they’d officially outgrown their humble beginnings at Bundoora.

“The decision [to move] didn’t come easily. We’ve spent ten years at Latrobe University who have been an incredible, wonderful partner. Because we were based in the north, a lot of our work with young players happened in that area… that’s something we don’t want to switch off”, Rowse told Box2Box.

“But we were running out of space… we’ve gone from one team at the inception of Melbourne Heart to ten teams now, with the W-league plus all the academy teams.”

“We took a 30-year lens on it, and also had kept an eye on the Team 11 bid because we thought it was compelling and strong when they were vying for the third A-League license.”

City will now hope to enjoy the elements the Team 11 bid was structured around during the A-League’s 2018 expansion bidding process: a quiet marketplace alongside only one NBL team, one of Australia’s fastest growth corridors, and a multicultural society where football has a strong foothold.

“Dandenong is the biggest multicultural area in Australia. All through those areas there are literally thousands of thousands of households where football is the number one code.”

City’s academy have been training in the region since February, and their administration staff will make the move next month. With their A-League and W-League programs expected on-site in twelve months, the future of the club has arrived.

But Rowse knows no fan is attracted to how grand a team’s administrative base is, or how many ice baths their academy players have access to. Attraction will come in making sure the answer to the question fans were posing on Sunday is: ‘plenty’.

“My experience in 20 years of sport shows the greatest way to get up to speed with that is to own a period of sustained success… when you’ve got that success over a period of time, that’s what can catapult you up into great growth.”