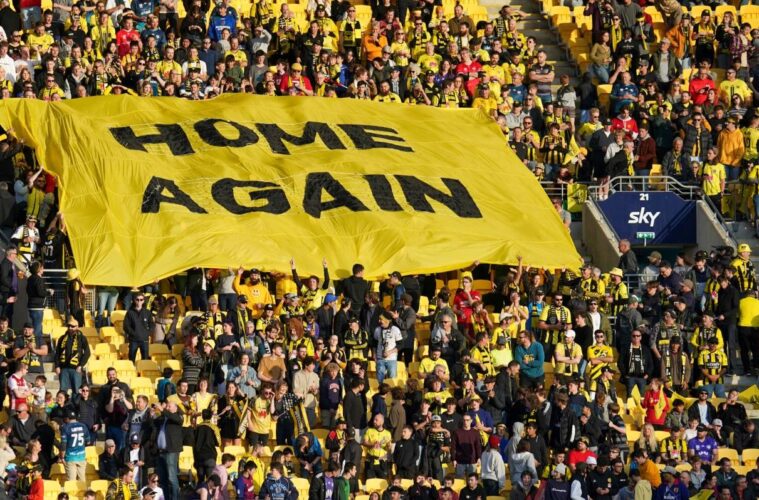 Last weekend’s homecoming was a day that will live long in the memory of everyone associated with Wellington Phoenix, and they’ll be hoping to repeat the dose with another bumper crowd and three points in Auckland today.

With over 20,000 tickets sold they look likely to better last week’s attendance at their second home, exemplifying the love for the Phoenix not just in Wellington, but New Zealand as a whole.

“Auckland has been really positive with the way they’ve turned out in previous years in big, big numbers. A lot of the players have connections with Auckland, the numbers will be very big again on Sunday”, Sky Sports NZ’s Jason Pine told Box2Box.

“I think what they’re trying to do is make it a but of a competition, say c’mon Auckland, we had 24,000 turn up in Wellington, let’s see what you can do.”

Having toughed out a period in which a string of losses would inevitably raise questions about their place in the league in some quarters, sentiment around the Phoenix currently sits at an all-time high.

A win today against Perth and another next week will see the side play finals and even if they miss, they’ll console themselves with having manager Ufuk Talay locked away for the next two seasons.

“He’s done a terrific job, came in off the back of Mark Rudan’s year here. Rudes turned up at the right time and inherited a team that was really close to rock bottom and turned them into a top six side again.”

“Ufuk picked up that baton and ran with it last season and this year as well. To have another two years of him, his playing style and his recruitment, which has been bang on, I think it’s a real vote of confidence in the club.”

Also pledging his future to the club last week was Ben Waine, who rejected overtures from Championship side Coventry City in favour of a three-year deal with the Phoenix.

Waine is one of a burgeoning list of Phoenix academy products who have cut through to the senior side, with Pine describing the club’s depth as the strongest he’s seen it as a result.

“The clubs academy is run by a guy called Paul Temple, who’s a bone-deep passionate football man. He’s really developed young players extremely well, with the aim of bringing them into the first team and see what they can do.”

“Coventry were in for Ben Waine, he turned down the reproach to hang around. Sam Sutton and Ben Old and others are hopefully going to tread the same path.”