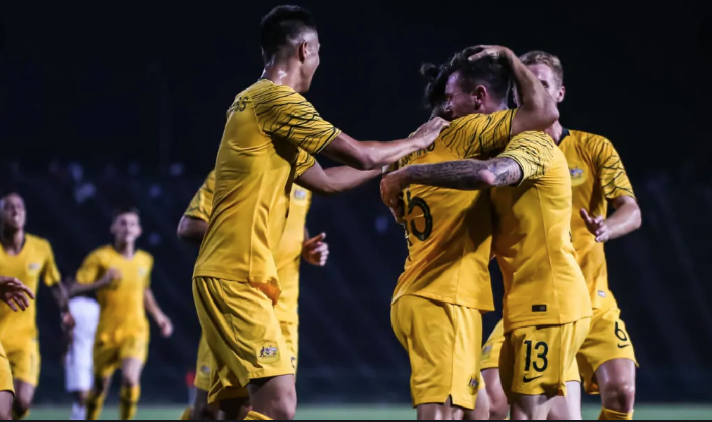 The Olyroos are seeking to become the first Australian side since 2008 to qualify for the Olympics.

With qualifiers for Tokyo looming in January, they this week played out a pair of 1-1 draws with New Zealand in Wollongong and Campbelltown.

“It’s a massive goal for a lot of us moving into the qualifying campaign. It’s good to go away for a few camps to gel as a team, sort out some different tactics and ways to play”.

The Olyroos coaching is split between Graham Arnold and Gary van Egmond, with Australia opting for a ‘two heads are better than one’ approach.

“I hadn’t been under Gary before so it was great to work under him, he’s got a lot of advice to give out. We’ll develop a few different ways to play under Gary, and still have those other ways from Arnie. We’ll be tough to compete against”.

Blackwood explained the disappointing results against the Kiwi’s came down to a lack of execution in the final third, a problem not unfamiliar to Australian football.

“For the most part we dominated both games, it’s just about getting into the final third and taking (chances). We let them back in the game and they put us under pressure”.

“But that’s what these friendlies are for, they’re all a learning curve. As much as you want win them you learn a lot through them, that’s the main thing we’re trying to do”.