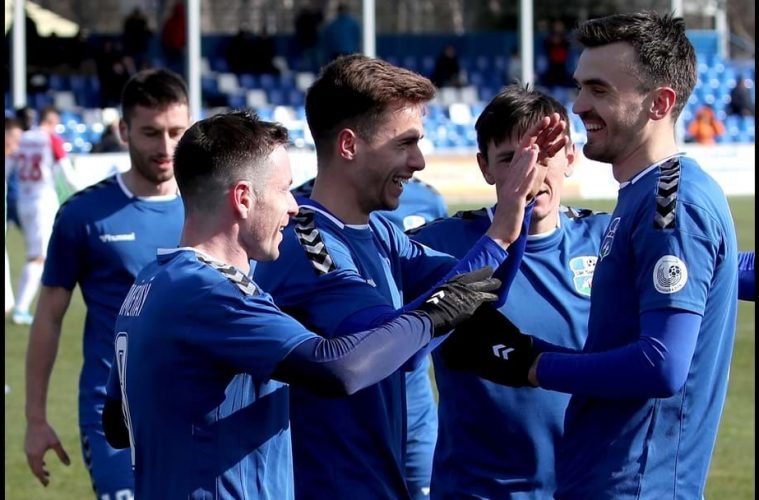 The coronavirus pandemic has seen the shutdown of every major football league in the world, causing some people to search far and wide to get their fix.

For Shane Robinson, that’s meant going down the rabbit hole of the Belarusian Premier League, and becoming an ardent supporter of previously unknown FC Slutsk.

“Myself and a couple of mates were looking for something to watch and have a punt on, one of the guys happened to stumble upon it on one of the betting platforms”, he told Box2Box.

“We managed to be able to watch the game…five penalties, three were scored, we sort of just got hooked. They (Slutsk) ended up winning and we though yep, I reckon we’ll go for this team”.

Shane quickly created the FK Slutsk Worldwide Facebook page, which has attracted over 6,000 members and raised $6,000 for the club, who are enduring financial hardship.

The club themselves have embraced the support, with Australian flags hanging at matches and FaceTime calls from star striker Artyom Serdyuk signs of their appreciation.

“They’ve also made a huge banner with the Facebook name on it, FK Slutsk Worldwide that hangs from the top of one of the grandstands as well, which was really cool”.

Having become an almost overnight expert on the competition, Shane was posed the timeless question; how would Slutsk and co stack up against A-League opposition?

“I reckon it would be pretty well on par. There seems to be a big difference in the good players and the average players. You’ve got some players that will really stand out and then some players you’ll think, ‘why are you on the pitch’?