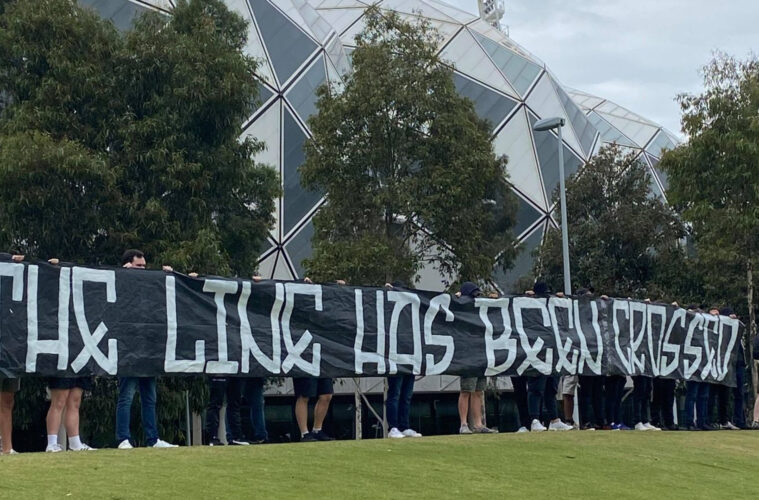 A week on from stretching their ongoing nadir to new depths, Melbourne Victory will return to the scene of last Saturday’s ‘Marvel Massacre’ when they face Adelaide United tonight.

The 6-0 rout at the hands of Melbourne City sparked a week of soul-searching, public outcry and even a training ground protest from fans, while the club has been derided for providing minimal comment.

Victory legend Archie Thompson is one of many to sympathise with besieged manager Grant Brebner, feeling his former teammate has arrived at a point rival clubs have shot past the stagnant Victory.

“I know you go through tough times but when you’re at a massive club and for years it hasn’t been great, it gets magnified. Unfortunately for poor Grant Brebner, he’s at the forefront of it all”, Thompson told Box2Box.

“When you look inside it’s almost like the club hasn’t evolved much. You watch Western United or Melbourne City, they’ve started their own academies, they’ve got their own facilities, I think they’re just a lot more proactive.”

As fans mull recent campaigns seeking to pinpoint the time the rot set in, Thompson subscribes to the theory 2018’s pinched Championship may have ‘papered over the cracks.’

“I’ve said for ages the cracks have been showing. I just never saw depth in the club… I could see it when they won the Championship, not taking anything away from the team that beat Newcastle, but to be honest they should never have been there.”

Years of simmering discontent in the stands towards the club’s hierarchy has also boiled over in recent weeks, with ambiguity surrounding recruitment and strength and conditioning common points of contention.

Dave Srhoj of the For Vuck’s Sake podcast feels that while all is not lost, the disconnection between fans and hierarchy is eroding the foundations on which the club was built.

“The discontent is palpable. I feel like with our podcast and the community that exists around FVS, we have our ear to the ground and the angst is just incredible right now.”

“A lot of the club culture has been built on being able to withstand and to grow. The culture that’s been built is a sense of belonging that isn’t just about winning.”

“So I really feel the nucleus or spirit of that still exists, but I think it’s gone off rails a little bit.”

Srhoj floated the return of fan forums as a simple way for the club to re-engage with its supporter base, which was once the envy of the league but has begun to wither.

“Fans are now voting with their feet which is concerning, and I feel the club potentially have taken the fans for granted a little bit.”

“Anthony Di Pietro, Mario Biason [are] absolute stalwarts and what they’ve done for the club cannot be discounted… but I do feel it needs to be brought back down to earth a little bit, to get in touch with the rank and file and try and understand how we feel.”