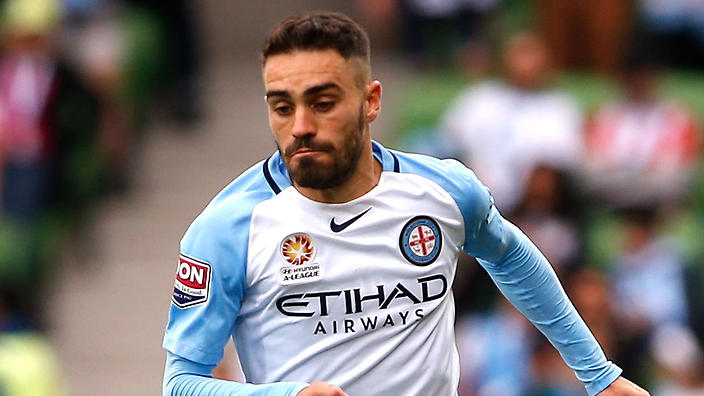 He’s on-loan from Manchester City, but Melbourne City’s Anthony Caceres refuses to put a lid on his footballing expectations, nor those of those of his current club. Reflecting briefly on his arrival at the club, Caceres admits he’s enjoying life. “A lot has happened since then and it’s been a roller-coaster ride since I signed, but I’ve really enjoyed my time in Melbourne so far and I couldn’t be happier with my football at the moment – I’m really enjoying it.”On potential finals action he added, “The Premiers Plate is gone now so our full focus now is on making the Grand Final and hopefully going all the way and winning it, but we have to take it game-by-game because we haven’t hit our best, but there’s an exciting road ahead.” LISTEN NOW.