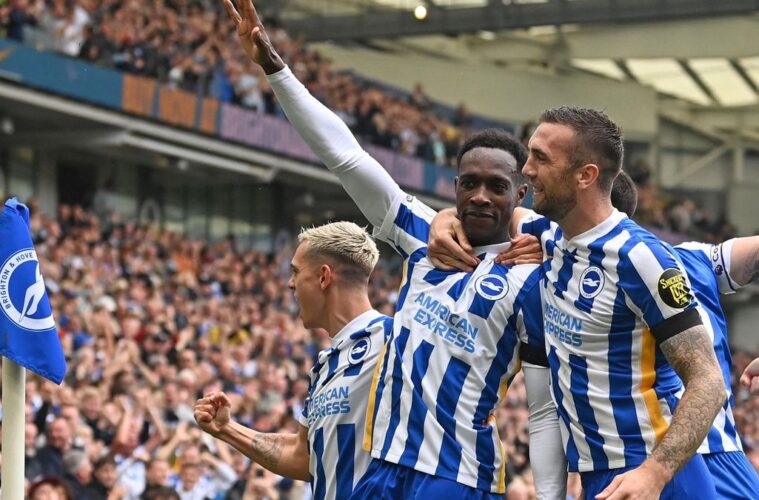 Graham Potter made himself enemy number one in Australian football circles last season, but there’s no doubt he’s endeared himself to those that matter at Brighton & Hove Albion.

The Seagulls have made a brilliant start to the Premier League season and after wins against Burnley, Watford, Brentford and Leicester sit sixth after six games.Although still early doors, The Athletic’s Andy Naylor explained the success has been born of incremental improvement and stability off the pitch.

‘Anyone who watches Brighton regularly, particularly in Potter’s reign, will know this is not some magical formula they’ve suddenly come up with that has transformed them. There’s an underlying pattern to the way they’ve been playing over an extended period.’

‘They performed well in an awful lot of games last season. There were just moments and decisions that went against them, and they didn’t take their chances.’

Naylor attributed a great deal of credit to Potter, who’s takeover from the respected Chris Hughton in May 2019 caused a furore at the time. Since then he guided them to an 15th & 16th-placed finishes while turning over the list – even if this was at the expense of Aaron Mooy and Mat Ryan.

‘It shouldn’t be underestimated how difficult it is in the Premier League to come and do what Potter’s done. He took over from Hughton, who’s style was based on the team being well organised and resilient.’

‘Graham’s got a contrasting style, building up from the back, through the thirds; largely possession based. So he was changing the style while trying to keep them progressing.’

Potter has also set about massaging academy products into a side that has seen its age profile reduce dramatically. It’s a reflection of the stability throughout the whole club that Naylor said club fans could never previously envision.

‘We’re seeing the shoots of the academy that was established a decade ago really come to the fore now with young players coming through each season. The two in the squad now, Haydon Roberts, central defender, and Taylor Richards, midfielder, both had loan spells last season in lower divisions.’

‘Now they’re in the squad, so Potter’s really pushed the club on from where they were. You couldn’t see Brighton in the past being more than a bottom six club, but you can now.”

Still Australian fans with only fleeting interest in the club may be mystified by the expulsion of Ryan, who after missing only four League matches over three seasons found himself rapidly out of favour, then out the door, last campaign.

“By no stretch of the imagination was Mat playing badly. I align it with the way the club moved with their decision to replace Hughton with Potter.’

“Graham made a pretty brave decision because Maty was well established as the No.1. He gave Robert Sanchez, the young goalkeeper his chance from December and he really grasped it.”

“Rob is 6’4 and has an air of calm and confidence when the ball comes in the air, and that gives confidence to defenders around him. With the ball at his feet he is also exceptional.”