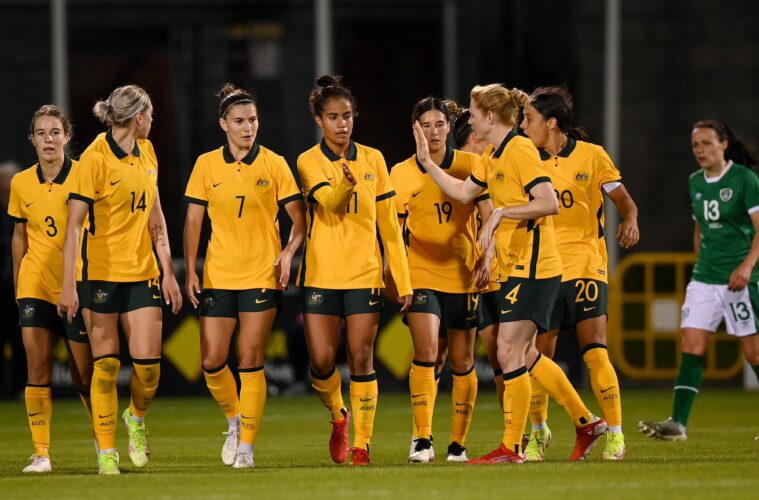 The Matildas face Indonesia in Mumbai tonight in their opening match of the Asian Cup, a tournament that presents as a prime, and perhaps final, opportunity to build winning momentum ahead of next year’s World Cup.

Hosting status of the 2023 World Cup has removed a layer of significance from this regional tournament; what usually doubles as the means to secure qualification is not required, for it’s been achieved automatically. As a result, the build up had been seemingly low-key among the football public until the past week, when the whiff of silverware has stirred expectations.

‘The girls will be wanting to take it game by game, but they’ll know that [winning] is the end goal. The stage is set for the Matildas to play Japan, they don’t meet them earlier than the final, as the path goes, so I think they feel like the stage is set for a bit of redemption there’, Network Ten’s Amy Chapman told Box2Box.

‘We’ve given the [team] a fair bit of flexibility with the friendlies but there are different expectations when in tournament mode. Tony Gustavsson has had enough time with the players now and he’s always said ‘judge me in the tournaments’, so I guess that’s what we’re going to do.’

Tournament football can throw up all manner of surprises but with just twelve teams competing and the highest ranked side in the region in North Korea absent, the likely result does appear that Australia and Japan meet in a third consecutive final. Disruption to that may come through eight-time winners China, who opened the tournament with a 4-0 dismissal of Chinese Taipei.

‘This is a bit of a transitional period for the Japanese team. The last time they won the average age of their team was in their late 20’s. Now they’ve brought in some youngsters. I would honestly say the Matildas are the favorites at the moment, although we haven’t played a lot against Asian teams over the past eighteen months.’

Australia’s second match will see them play a Philippines side led by former Matildas boss Alen Stajcic, who’s 2019 departure from the national side remains a black and somewhat unresolved chapter in Australian football.

The nickname of Stajcic’s new side, remarkably, is the ‘Malditas’; an anagram which translates to the ‘feisty ladies’. If that coincidence seemed too good to be true when he took the job, it was bettered when the sides were drawn in a group that also features Thailand.

‘If there’s any coach that can turn a team around it would be Staj. He hasn’t had a huge amount of time with them, but I love that he’s come back into the women’s game. I think a lot of the football community was sad that we lost him from the women’s game because he developed most of [our] golden generation.

‘He’d had the likes of Kyah Simon and Chloe Logarzo since they were nine, ten years old, and brought them through. He certainly has an in-depth knowledge of this Matildas team, there’s no doubt about that, and my understanding is he’s gone shopping in the US and into Europe for players who have Filipino background. So expect the unexpected with Staj.’