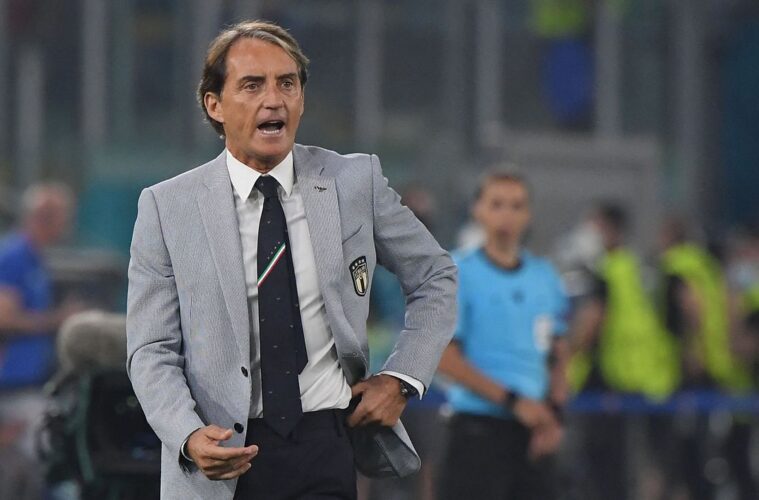 Italy’s flawless group stage has seen them announce themselves as genuine Euros contenders, but a win in the Round of 16 against Austria will ensure this group etch their names into history even before the tournament is decided.

Roberto Mancini’s men sit on 30 consecutive matches unbeaten, level with their own record set under Vittorio Pozzo in the 1930’s, a run which has revived the Azzurri from their nadir of missing the 2018 World Cup to competing on the big stage once again.

Even more phenomenal is the fact they’re continuing to strengthen as they go along, winning their last eleven without conceding. At the heart of this, says Optus Sport’s Adriano Del Monte, has been the holistic change of attitude driven by Mancini.

“All of the records, all the numbers are well and good but the key for me, what Mancini has brought and why his efforts have been so highly regarded, is the fact there’s been a very clear shift in mentality”, he told Box2Box.

“For many decades Italy have played to win narrowly, by a goal-to-nil, two-nil max. But this is an Italian team that scores one and are not done. We haven’t seen, historically, that level of hunger and desire from any Italian team.”

Del Monte explained even as the team has purred back to life the disappointment of 2018 still burns for many, stripping back some of the arrogance and expectation that Italian participation at the top table is guaranteed.

“There’s been a shift in Italian football in terms of the players on the pitch, and there’s also been a shift in mentality towards all matches, whether they be friendlies or international tournaments off the pitch for the fans, media and everyone around.”

“They’re now well aware football is strong all over the world, you need to respect every opponent and we saw that in the group stage. Again historically, not something Italy have done when they’ve come up against weaker opponents under different managers.”

Having won 36 caps for Italy between 1984 to 1994 Mancini understands better than anyone the pressure and history of the Italian national team. For now, his modest pleas to quell comparisons between his side and those of Pozzo have been somewhat heeded, but Del Monte believes this won’t remain the case should they lift the Henri Delaunay trophy at Wembley.

“[In Italy] there’s enormous respect, love, devotion, admiration, everything you can think of for Roberto Mancini.”

“Having seen all of the top teams (except England) play, I really do feel Italy are capable of matching any nation at the Euros. They don’t have the most stars, but they are the best team that I’ve seen, and that’s all due to Mancini and what he’s built over the course of his tenure.”