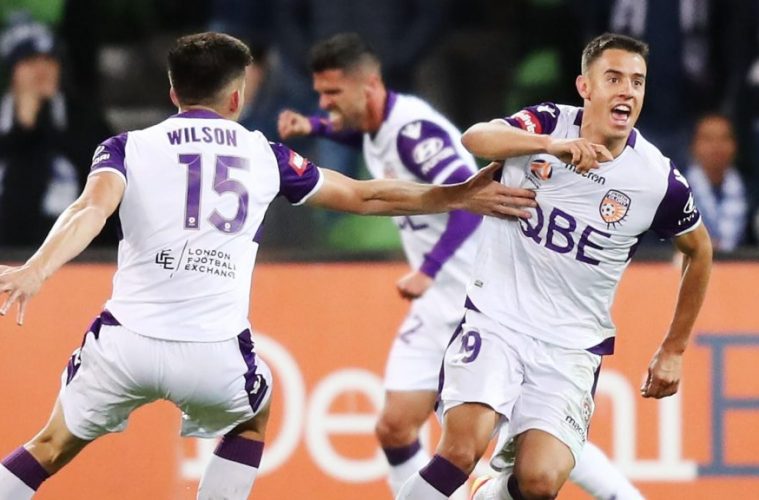 STILL PLENTY FOR IKONOMIDIS TO LEARN IN PERTH

With Australian football experiencing a dearth of players competing in the top leagues of the world game, many are questioning who will take the baton for the next generation.

One man many are looking to is Chris Ikonomidis, who has lit up the A-League since returning from Italy 18 months ago.

But Ikonomidis, who has two goals already this campaign for Perth, insists there is no rush.

“I’m still a young player in the stage of learning my craft as best as possible. Under Tony Popovic, and with the players I’ve got around me, its still a learning stage”, he told Box2Box.

“If one day I can play in the big leagues, it’s bonus. But for now, I want to play as many games as I can for Perth and the national team and take advice from the people who know more”.

Ikonomidis is certainly in a squad where he can learn plenty, forming a forward line with two of the A-League’s finest imports, Bruno Fornaroli and Diego Castro.

“I think it (the trio) is going to be fantastic. They are two talented players that I can learn a lot from, and we haven’t even started to show what we can do”.

“There will be so much more from us, a lot more goals, and with a great team all-round it’s going to be an exciting year for us”.

Perth are looking to atone for last season’s Grand Final heartbreak and while they’ve made a reasonable start, Ikinomidis acknowledges the standard has lifted this season.

“It’s great for the league because everyone’s recruited well. As reigning premiers, it’ll take a little extra to break teams down and get a result”.