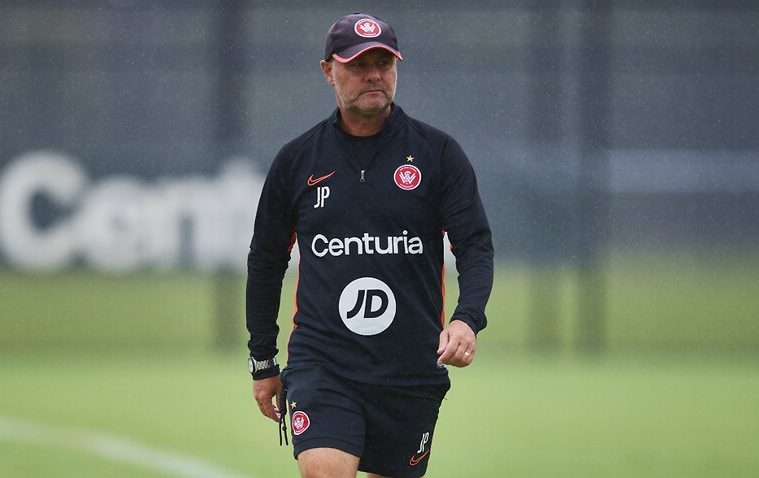 Western Sydney caretaker Jean-Paul de Marigny will be hoping to continue the club’s resurgence and stake a further claim for the full-time job, when the A-League belatedly resumes this week.

de Marigny stepped in after Markus Babbel’s axing in January and oversaw four matches before the Covid-19 recess, the Wanderers now sitting just a point outside the finals.

“We’re close to being able to do what we love to do. It’s a privileged position to be in”, he told Box2Box.

“We’ve got a responsibility to bring joy to the people that are suffering out there.”

With Covid-19 cases relatively under control in New South Wales for now, de Marigny welcomed the prospect of returning in front of small crowds, as has been seen in the AFL and NRL.

“They’re saying the stadiums can be at 20-25 per cent of capacity… which is around 8-10 thousand fans (at Parramatta). So that would make a massive difference to us, as we’ve got probably the best fans in the league.”

de Marigny confirmed he would have a full hand of players to choose from, save for Swiss goalkeeper Daniel Lopar. While Lopar will remain at home in the short-term, he is contracted for next season.

“We’ve only got one player in quarantine, Pirmin Schwegler, and he’ll be out more than likely around the 16th-17th of July. All the rest have been through the quarantine.”

“The only player that won’t be involved due to personal reasons is Daniel Lopar, which gives an opportunity for a young player from Blacktown (City), Tristan Prendergast.”