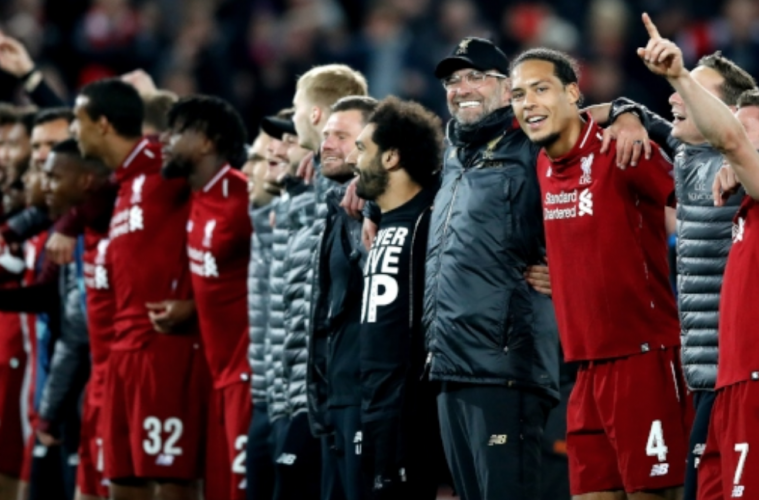 Liverpool became the talk of the football world during the week after an impossible rescue mission became reality, overhauling a 3-0 Barcelona first-leg lead to advance to the Champions League final.

George Sephton, Liverpool’s match day ground announcer of over 45 years, this week joined Box2Box and described it as the best night he’s been apart of.

“There was a famous quote from manager Brian Clough”, he said.

“I wouldn’t say it was the best ever night at Anfield, but it was definitely in the top one!”

Sephton lauded manager Jurgen Klopp, whose optimism leading in to the clash inspired what seemed a highly unlikely victory.

“I think he got it into their heads they had reason to be optimistic. Then there were injuries to (Roberto) Firmino and (Mohamed) Salah, and the general public thought ‘oh that’s the end of that’.

“But the whole team were so fired up, it was just a joy to watch. And the killer punch was a piece of absolute genius from Trent Alexander-Arnold”.

“It’s one of those things where you’re thinking, ‘did I just see that? Did it actually happen? Yes, it did.”

Alexander-Arnold’s instinctive corner which caught Barcelona napping led to the winning goal, a joyous moment which sent Anfield into raptures unseen before by Sephton.

“You’ve got 50,000 people deliriously happy, all in the same building. An experience like no other”.

“That atmosphere was the best and loudest I’ve ever seen it. I’ve been going to Anfield for 60 years, and I have never heard anything like it”.