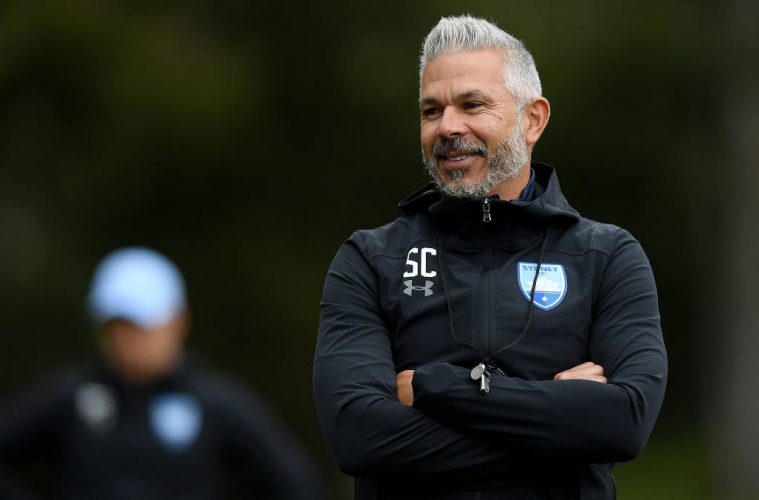 Steve Corica is set to become just the second manager of the A-League era to lift consecutive Championships, provided his Sydney FC side can defeat Melbourne City in Sunday’s Grand Final.

Having won just once in six games since the competition’s resumption, there was reason to suspect the previously dominant Sky Blues may have let their standards slip leading into the finals.

Those fears were dismissed breathlessly in their semi-final against Perth, goals from Milos Ninkovic and Adam Le Fondre killing the contest inside 30 minutes.

“It’s taken us a little while to get back into our best form. It’s pretty hard for the boys, once they won the Premiership four games ago, they switched off a little bit”, Corica told Box2Box.

“(But) I think the last three games, and especially the semi-final against Perth, the first 45 was some of the best football we’ve played all season. So I’m very proud of the boys.”

A Sydney-win would see them take the mantle of the most successful club in Australian national league history, currently tied on four Championships with Sydney City, Marconi, South Melbourne and Melbourne Victory.

It would also draw Corica level on A-League Championships with the man he replaced at Sydney, now-Socceroos boss Graham Arnold.

Arnold’s were huge shoes to fill, but his understated deputy’s continuation of success should see him considered in the same echelon.

“Five years as a player, then in the coaching ranks… I’ve been here from the start, so I know exactly what the expectations are like from a club like Sydney”, said Corica.

“The players (also) know what to expect when they come into the club, a lot of players want to come to the club for this reason, to win trophies.”