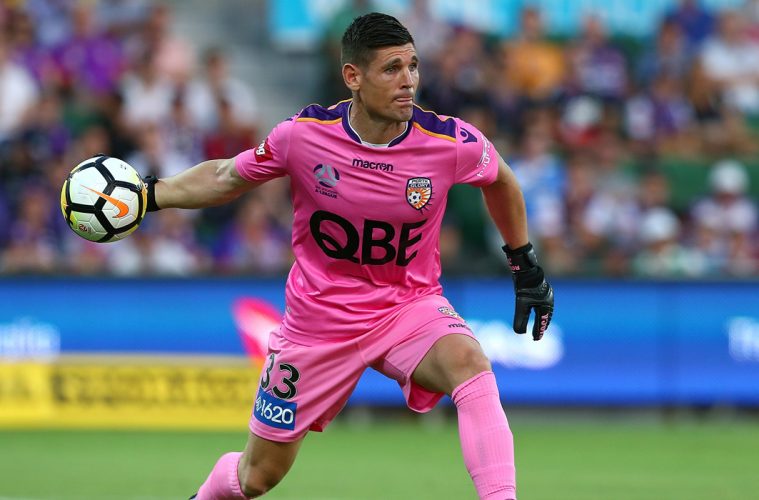 Perth Glory will enter next weekend’s A-League knock-out final off the back of two losses and a ten-day break, but goalkeeper Liam Reddy is confident they’ll put their “best foot forward and give it a good shake.”

After a humiliating 4-0 loss to lowly Melbourne Victory, Reddy believes they put in a vastly improved performance against Western United on Tuesday, despite the 2-0 scoreline.

“We’re really looking ahead now to some finals football. Obviously not the desired result (against Western) but I think the performance was definitely an improvement”, he told Box2Box.

“We had the most entries into an opposition box this season, so we’re looking at positives.”

With the finals to be played in late-August and the League’s future in a state of flux, Reddy threw his support behind a winter switch, which will be implemented (effectively) on trial next season.

“The field players have said they’re able to run a lot more and get around, and we can play a much higher tempo sort of game when the cooler weather is.”

“Hopefully we can align ourselves with junior football, having kids myself that play”, he said.

“It’d be good to plat at the same time as them, go see them play in the morning, then they’d come watch me play later in the afternoon.”

Having played at seven A-League clubs across the journey, Reddy has arguably played his best football at the Glory, making almost twice as many appearances (112) there than elsewhere.

At 38 he’s closer to the end that the start, and with a few to choose from, he nominated the Glory as the club he’ll hold dearest when all is said and done.

“I’ve never hidden the fact that I’ve enjoyed changing clubs and I wouldn’t change anything in my career.”

“I think when I do retire… I’ll be a Perth Glory supporter, it’s where I’ve won a trophy and spent the majority of my time.”