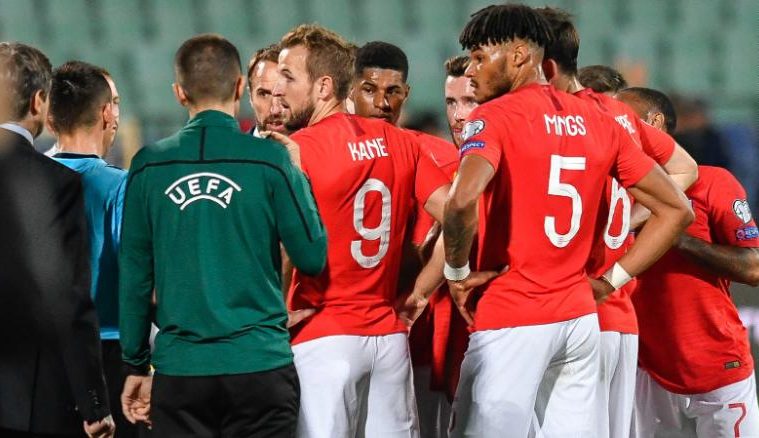 The Euro 2020 qualifiers are drawing towards an exciting conclusion, but continue to be overshadowed by episodes of racism across the continent.

England’s 6-0 win in Sofia has taken the issue to new extremes, with large portions of the Bulgarian crowds levelling racist chants and Nazi salutes at England’s black players.

Head of Sport at Yahoo UK, Raj Mannick, this week joined Box2Box for the first time and stated that while this continued racism continues to disappoint, it does not surprise.

“My initial reaction unfortunately was not one of surprise and that’s nothing to do with the countries involved. It’s more like an apathy with the state of football at the moment, and it seems like its getting worse”, he explained.

England players halted the match twice in the first half amid the abuse, with UEFA rolling out step one of their anti-racism policy, a stadium announcement instructing the behaviour to stop.

“Credit to England for playing through. But for me there needed to be a clear sign from the governing body, to say we’ve got this three step protocol, and we’re following it through”.

“Whether England wanted to continue it or not, I think it should have been abandoned. Just to draw a line in the sand”.

Mannick fears UEFA’s tepid response will see a continuation of the issue, and that the hard-line stance of abandonment, or of banning teams all together, may be required.

“Sooner or later you’ve got to make the tough decision, and I don’t see it happening. When has a fine really solved anything?”

“The real action needs to be taken and that’s banning teams from competition all together”.