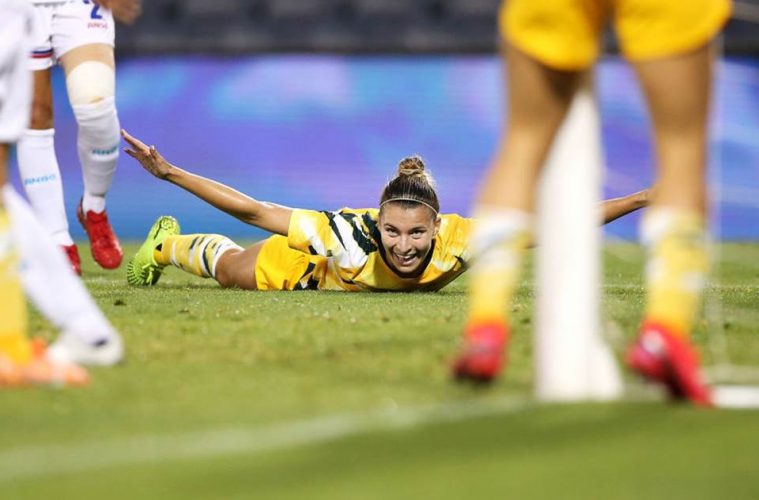 If the Matildas were at all concerned by the interrupted lead in to their Asian Olympic qualifiers, they certainly didn’t show it as they breezed past Chinese Taipei 7-0 in their opening clash on Friday evening.

It puts Ante Milicic’s side just four matches away from a fourth Olympic Games, with Thailand, China and a two-legged playoff standing between them and Tokyo.

Matildas legend Joey Peters, who represented Australia at the 2004 Athens Games, feels the side are well positioned to get the job done.

“We’re in with a really good chance, especially as Japan is hosting, it means they’re not going to take up one of the two spots”, she told Box2Box.

“North Korea aren’t in the qualifiers so they’re two big guns that leave us as favourites to take one of those two spots”.

The biggest looming threat remains China, although they’ve been forced to train in their hotel for two weeks after arriving in Australia, under quarantine amid fears of the coronavirus.

Interestingly, Peters believes time in lock-down may have the reverse impact on the Chinese many are expecting.

“The tradition of Chinese football is they overtrain, two/three times a day, all day. I think actually a couple weeks off might freshen them up!”.

“It’s an interesting story because China are certainly the other big gun in our group. The big game there at Western Sydney (on Thursday evening) is going to be huge”.

Before facing the China, the Matildas must navigate Thailand, which will be played on Monday evening.