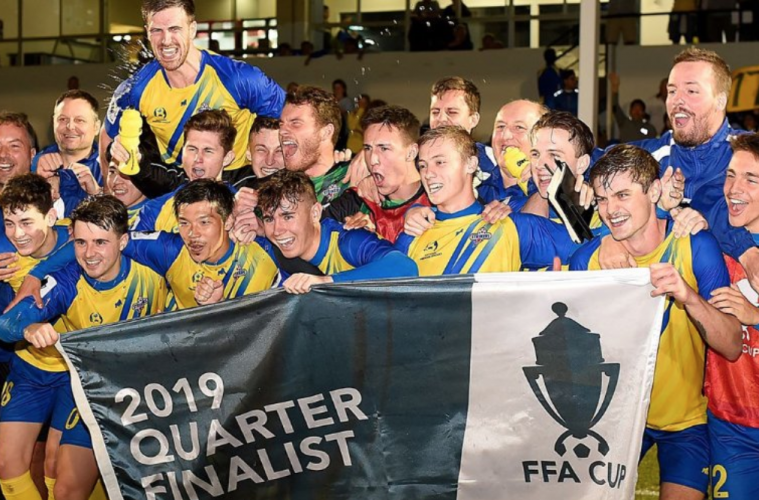 A gritty 1-0 win over Manly United has seen Brisbane Strikers progress to the quarter finals of the FFA Cup for the first time.

The one-time NSL Champions will now host Moreland Zebras for a place in the final four.

“We can’t wait to host them. Our job now is to find as much info and work out what to expect of Moreland”, manager Owen Baker told Box2Box.

“They’ve got some quality, it’ll be a great night. We look forward to hosting another game here at Perry Park, getting a few bums on seats and creating a fantastic atmosphere again”.

For Baker, who has spent seven years at the Strikers, it represents a huge opportunity to justify the faith the club has shown in him.

“I came to the club as an under 15’s coach, before moving up to the under 18’s, then had two years with the first team as an assistant coach”, he explained.

“It’s been great, the club’s had some fantastic coaches over the years and a technical director that’s supported me with my growth and development”.

“There was a lad last night that was in my under 15’s team 7 years ago. Another boy was under 13’s at the time. To be able to coach and know these boys have come on the journey together, it was really special”.

As the NPL season draws to a close and A-League preparations ramp up, it can be tough for state-federation clubs to compete as the competition gets to it’s latter stages.

“Every week (A-League sides) train they get a bit fitter and sharper, so that’s the challenge. But I’d rather have it than be sitting at home watching it on Fox Sports!”.