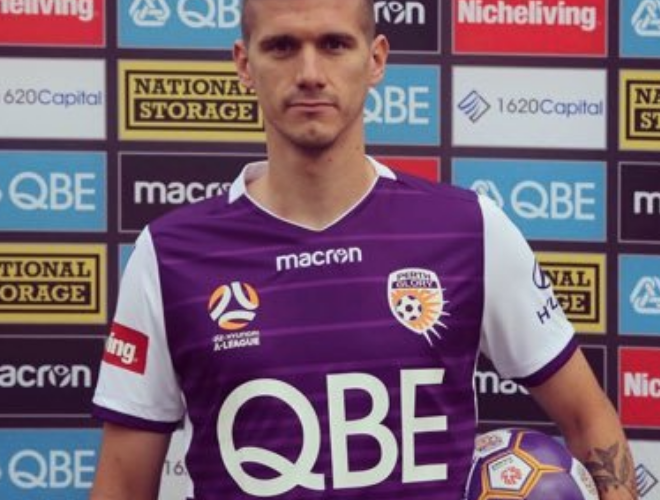 When Tony Popovic was appointed Perth Glory manager last May, most people expected him to end the rollercoaster existence of a club which is yet to taste A-League success.

But few expected them to be nine points clear nearing the midway point of the season.

One of Popovic’s key signings, Tomislav Mrcela, this week joined Box2Box and praised the consistency Popovic has brought to the club.

“He knew Perth Glory (in the past) could beat everybody on their day, but they could also lose. The main thing was to have consistency and that’s what’s happening now.”

“We’re hard to beat, either home or away as we have the same approach. If we are defensively concentrated, we are really hard to beat”.

Perth-born and Croatian-raised, Mrcela has played professionally in Croatia and South Korea. He had no hesitation in returning to Australia when Popovic came calling.

“We had a chat about the project, what he sees in me, what he wants to achieve. It motivated me to improve my game…to play my best football. I think this is the right coaching staff to achieve that”.

At 28 and improving in his prime, Mrcela still dreams of a Socceroos debut, having been called up to the squad in 2015. But despite these ambitions, there’s no doubt about his primary motive – silverware.

“My focus with Perth is to try and win something this year. I know if I improve my game and we win some trophies, why not believe I can get a call up. If it happens, I’ll be really proud”.