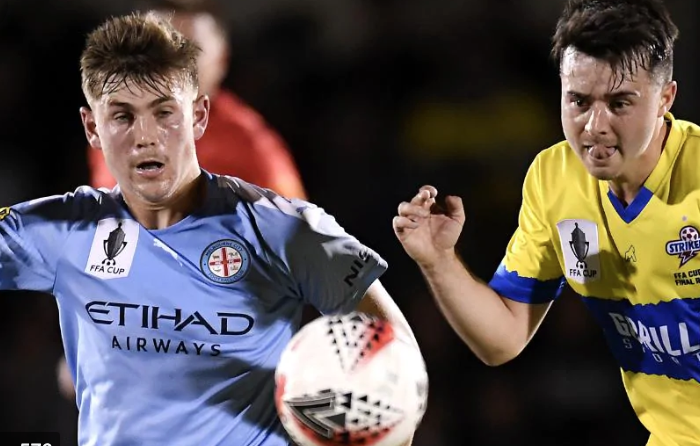 One of the most refreshing aspects of the A-League in the past year has been the renewed faith managers have found in youngsters across the competition.

Melbourne City’s Connor Metcalfe looks as promising as any among the new crop, and his impressive FFA Cup form saw him earn a starting debut in last weeks Melbourne Derby stalemate.

“The feeling around the club (this season) is there’s a lot more opportunity for youth players like myself”, he told Box2Box, in reference to the culture imparted by new manager Erick Mombaerts.

“There’s no real favouritism towards experience or age. It’s just down to, ‘if you’re good enough you play, and if you’re performing, you stay on”.

Having graduated from the Essendon Grammar sports program, Metcalfe made a handful of substitute appearances over the past couple of seasons, and already feels he’s improved drastically.

“Watching myself play in the Derby I thought wow, I’ve come a long way for only five games. I try and imagine things after 25 games, 30 games, I’m really trying to believe in myself”.

Up next for City is a pair of meetings with Adelaide United, firstly at home in the A-League before a return fixture in Adelaide, with the FFA Cup on the line.

“Adelaide are always a hard team to beat. They’re hardworking and have got this great team spirit”.

“Next Wednesday is the FFA Cup final, so Sunday will be more of a mental game. If we win, when we get to Wednesday we’ll think, ‘we can do this again’.