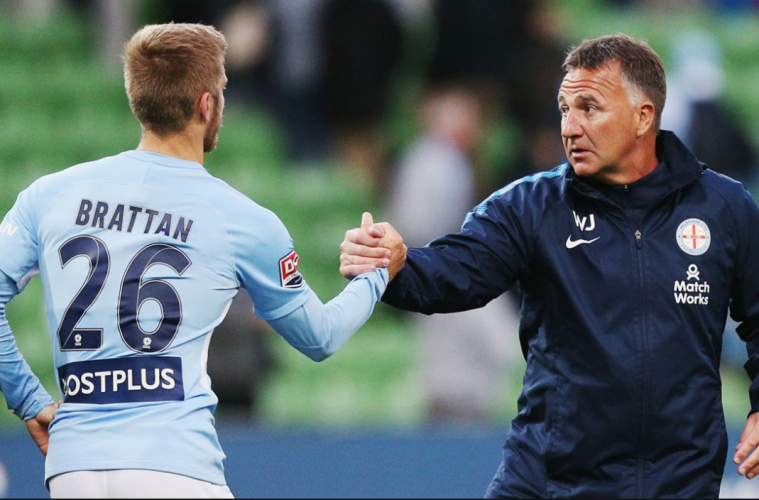 Warren Joyce has enjoyed a promising opening to his second campaign at the helm of Melbourne City, and will head into Friday night’s clash with Sydney FC full of confidence.

Sydney’s goal difference sees them edge City at the top of the table, and their midweek Cup final loss may provide some extra motivation. However, Joyce believes the level-headed approach his side have adopted will see them account for Sydney.

“They’ve proved they’re a class act over the past few years, you can’t read too much (into the Cup loss). We’ve got to be up for it, we’ve got to be at our absolute max, as we are in all games”.

“Every week we’ve got to approach games the same. Never too high, never too low… (Hopefully) there will be a good crowd and (we’ll) give the fans something to cheer about”.

At Joyce’s disposal is starlet Riley McGree, who controversially missed a start in round one. But after a blistering start to the season, it seems 20 year old McGree couldn’t be in better hands to continue his development.

Having spent almost a decade coaching in the Manchester United youth ranks, Joyce has a fair grasp on how to manage young players.

“He missed a bit of training and wasn’t as sharp as the other lads, but he responded really well. He looked at it as a learning experience and he wants to develop. He’s ambitious, he wants to play as well as he possibly can and play for his country”.